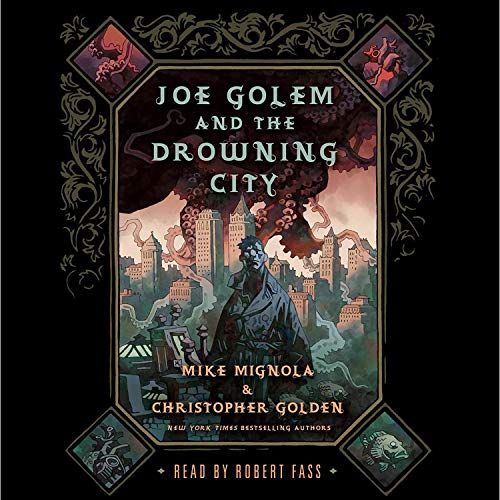 In 1925, earthquakes and a rising sea level left Lower Manhattan submerged under more than 30 feet of water, so that its residents began to call it the Drowning City. Those unwilling to abandon their homes created a new life on streets turned to canals and in buildings whose first three stories were underwater.

Fifty years have passed since then, and the Drowning City is full of scavengers and water rats, poor people trying to eke out an existence, and those too proud or stubborn to be defeated by circumstance. Among them are 14-year-old Molly McHugh and her friend and employer, Felix Orlov. Once upon a time, Orlov the Conjuror was a celebrated stage magician, but now he is an old man, a psychic medium, contacting the spirits of the departed for the grieving loved ones left behind.

When a seance goes horribly wrong, Felix Orlov is abducted by strange men wearing gas masks and rubber suits, and Molly soon finds herself on the run. Her flight will lead her into the company of a mysterious man, and his stalwart sidekick, Joe Golem, whose own past is a mystery to him, but who walks his own dreams as a man of stone and clay, brought to life for the sole purpose of hunting witches.

“This outstanding audiobook improves upon its solid print version. If the book is a B-movie horror story, Robert Fass's narration makes it an Oscar-worthy movie. Fass has a gentle, genial tone that is effectively at odds with the horror tale he is reading. The story is dark, but his voice is light, and the contrast is alternately shocking and soothing.” —AudioFile Magazine, Earphones Award winner

What listeners say about Joe Golem and the Drowning City