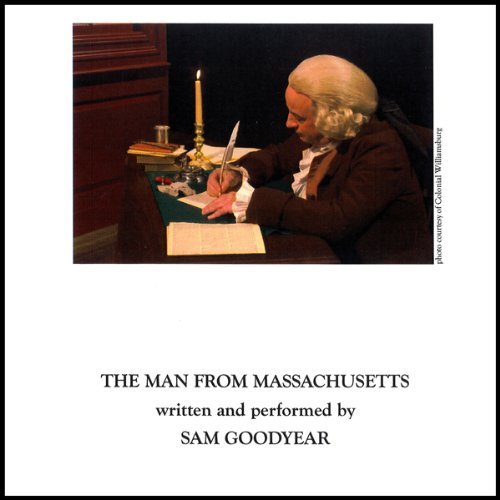 John Adams was the leading political figure from New England during the American Revolution, the Constitutional Conventions, and the early presidential races. John Adams was on the Committee of Five chartered to draft the Declaration of Independence. He led the movement to appoint Thomas Jefferson as the drafter of the Declaration, helped steer the draft through the political groups established to review it, and forever after proclaimed it to be the leading document in American history. Likewise, Adams worked closely with James Madison to draft the Constitution and get it approved by the Constitutional Convention. For his service, John Adams was selected as the first vice president of the United States, serving under George Washington. After Washington retired after two terms, John Adams became the second president of the United States and later lost the election of 1800 by a whisker, to his long time friend and political ally/opponent Thomas Jefferson.

This recording was done by Sam Goodyear, who regularly appears in plays about Thomas Jefferson, John Adams, and Abigail Adams in which they review their lives together just before both Adams and Jefferson died - on the same day, July 4, 1826 - 50 years after the Declaration of Independence was released. The Adams/Jefferson letters are considered the outstanding political correspondence of that time. Mr. Goodyear's performance attests to that conclusion.

This audiobook also features a reading of the Declaration of Independence, a document dear to Mr. Adams. A brief biography of John Adams is also narrated by Mr. Goodyear.

What listeners say about John Adams