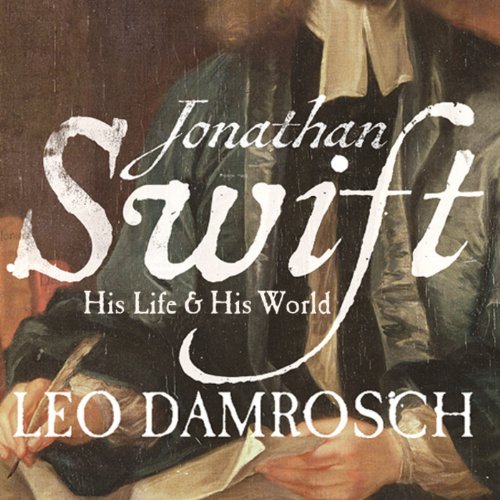 Jonathan Swift is best remembered today as the author of Gulliver’s Travels, the satiric fantasy that quickly became a classic and has remained in print for nearly three centuries. Yet Swift also wrote many other influential works, was a major political and religious figure in his time, and became a national hero, beloved for his fierce protest against English exploitation of his native Ireland. What is really known today about the enigmatic man behind these accomplishments? Can the facts of his life be separated from the fictions?

In this deeply researched biography, Leo Damrosch draws on discoveries made over the past 30 years to tell the story of Swift’s life anew. Probing holes in the existing evidence, he takes seriously some daring speculations about Swift’s parentage, love life, and various personal relationships and shows how Swift’s public version of his life - the one accepted until recently - was deliberately misleading. Swift concealed aspects of himself and his relationships, and other people in his life helped to keep his secrets. Assembling suggestive clues, Damrosch re-narrates the events of Swift’s life while making vivid the sights, sounds, and smells of his English and Irish surroundings.

Through his own words and those of a wide circle of friends, a complex Swift emerges: a restless, combative, empathetic figure, a man of biting wit and powerful mind, and a major figure in the history of world letters.

What listeners say about Jonathan Swift: His Life and His World

I learned so much from this book -- not only about Swift himself but about his work, and about English and Irish politics and history. Beautifully written and perfectly narrated.

JOHNATHAN SWIFT AND POWER OF THE PEN

The principle of the power of the pen comes from a play titled “Richelieu; Or the Conspiracy” written in 1839 with the suggestion that “The pen is mightier than the sword”.

Jonathan Swift is primarily remembered for “Travels into Several Remote Nations of the World”; better known as “Gulliver’s Travels”. What is less well-known of Swift is that he was and is a revered Irish hero, a man blessed with the power of the pen.

The climax of Damrosch’s biography is Swift’s publication of “Gulliver’s Travels”. Swift’s dissection of societies’ follies is as relevant today as it was in the 18th century. One might argue that “A Tale of a Tub” is equally important but “Gulliver’s Travels” resonates with all who read for pleasure, politics, or enlightenment. “A Tale of a Tub” is trapped in the time of its writing.

There are other biographical details about Swift’s life, and Swift’s idiosyncratic habits but power of the pen is the thematic giant in Damrosch’s book. Damrosch shows how Swift became a feared satirist by England’s leaders.

I only read the first two chapters. What I decided based on those two chapters is that this is probably a high quality academic biography but not one for a lay reader who wants a strong, narrative based account of Swift's life. This author is heavily engaged with the literature on Swift's life and where it has gone wrong. If I were an academic I'd be interested in these lengthy detours. But I just wanted a good faith account of Swift's life with perhaps some brief asides to note which important facts are disputed or missing from the historical record.

The narrator I guess is trying to put on different accents but every time he quotes an Irishman he puts on this offensive fake Hollywood uneducated Irish accent. Even in the mouth of people like Henry Grattan. I found it to be offensive and racist.

I stopped listening as it was too snooty for my taste. I am glad I don't live in the 18th century.

But please learn how to pronounce Gifford.
It's G as in golf; not G as in gel.