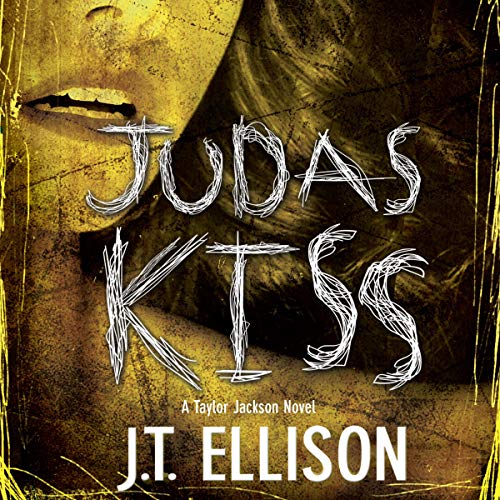 It was a murder made for TV: a trail of tiny bloody footprints. An innocent toddler playing beside her mother’s bludgeoned body. Pretty young Corinne Wolff, seven months pregnant, brutally murdered in her own home.

The shock is magnified when an old adversary uses the sexy secret footage to implicate Taylor in a murder — an accusation that threatens her career, her reputation, and her relationship.

Both cases hinge on the evidence — real or manufactured — of crimes that go beyond passion, into the realm of obsessive vengeance and shocking betrayal. Just what the networks love.

What listeners say about Judas Kiss

Wondering when Taylor and john are going to get married. Love the series so far. Love the characters and trying to get all of the books. Recommend reading.sometimes it is a bit scary and keeps me up at night reading until the next morning. Can't let the books go until i have finish reading them. Looking forward to john and Taylor wedding soon i hope.keep up the good work. J. T. Ellison, love reading the books you have with Catherine coulter also. Got every book. A true fan.

This is my absolute favorite book by her so far. Twists & turns til the very last minute in this book.

As always there were lots of interesting twists and turns. Ready for the next installment.

Maybe I was still in the afterglow of Eleanor Oliphant's eccentric, colorful musings, but this story was SO dry and pedantic.

There were so many characters, but the authors did very little back story, and I didn't really care about any of them.

Also, I'm rather new to books on tape, but I've become used to the narrators having to read male and female parts, but having just one narrator read all those characters was confusing, and dull. I actually think she got mixed up a couple of times, and used a man's voice for a female character. However, I noticed this in another book where the female protagonist was law enforcememt, and the narrator was attempting to make the character sound like a tough chick, but they were supposed to be young, sexy women in their early or mid thirties, and they sounded like they were in their 50's. I pictured a middle-aged woman with a few extra pounds and a bouffant with bad highlights. I left 5 or 6 chapters unread. Sorry

I would definately recommed this audiobook to a friend.

What was one of the most memorable moments of Judas Kiss?