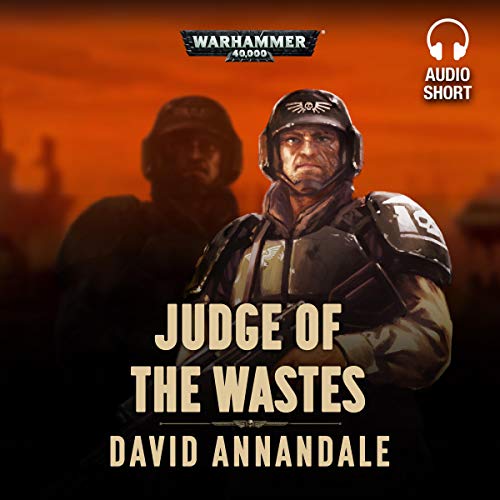 Judge of the Wastes

On the world of Solennes, the battle between the forces of the Imperium and the heretics has become a stalemate of seemingly eternal artillery bombardments. The land is devastated, and the attempts to gain ground by either side end in disaster. Morale is low, and when Trooper Arehn is caught apparently fleeing the front lines, Commissar Selander does not hesitate in condemning him to a very public execution. When Selander starts to see Arehn after his death, he follows the apparition, wracked by doubts - but what will he find?

This is an interesting glimpse into the threats faced by the Imperium of Man. Well done!

Highly recommend - particularly good voice acting and very well-written story. Not a scary story, but definitely in the horror/psychological-thriller genre. Well worth the price!

Very Spooky. I enjoyed the buildup and how it doesn't overstay it's welcome. The best horror is told in shorts I think.

Good but way too short.

A good story with excellent voice acting but far too short and with a loose ending.

Cringey dialogue, even for 20 minutes the story could have been better, just an eye rolling experience