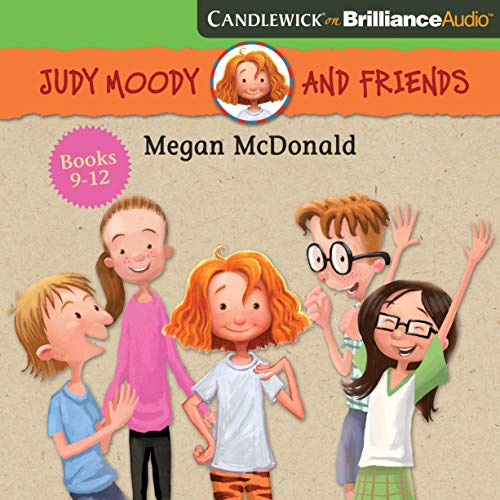 JUDY MOODY, TOOTH FAIRY: When Judy Moody and her friends overhear a fifth-grade rumor, Judy is determined to prove it wrong. All she needs is one loose tooth. Open wide, Stink! But what if the real Tooth Fairy is a no-show? Judy Moody to the rescue! Judy Moody fans will happily sink their teeth into this cavity-free caper full of surprises!

NOT-SO-LUCKY LEFTY: Left-handers are creative. Left-handers are geniuses. Half of all cats are lefties. Or so says Stink. But Judy is a righty, and Judy is feeling left out. Tomorrow is Left Handers Day, and Stink and Dad, the southpaws in the Moody family, are celebrating with a trip to the pretzel factory. Judy is allowed to come along on one condition: she has to be left-handed the whole entire day. It's on! Judy Moody fans will be cheering for this righty-to-lefty switcheroo.

SEARCHING FOR STINKODON: He's on a dig, dig, digging quest in his backyard to find a tooth from a saber-toothed cat, otherwise known as a Smilodon. Why not? Two kids in Michigan found a mastodon bone in a backyard stream, and a girl in Great Britain found a pterosaur bone. It could happen! But Judy thinks the chances of finding a saber-toothed anything in the Moody backyard are one in a gazillion million! Will Stink make a discovery before their whole yard caves in? Judy Moody fans will smile like Smilodons!

PRANK YOU VERY MUCH: The Summer Science Showdown is just around the corner, and Stink is positive he has the recipe for A-plus success. Soon he's acting like a mad scientist while visions of super tomatoes dance in his head.

Judy takes one look at her busy brainiac brother and sees a situation ripe for a little mischief! As everyone knows, Judy has never met a practical joke she doesn't like. Soon she is cooking up her own recipe for an A-plus prank. From Megan McDonald comes a Judy Moody story just right for newly independent readers - an epic match of wits!

What listeners say about Judy Moody and Friends Collection 3