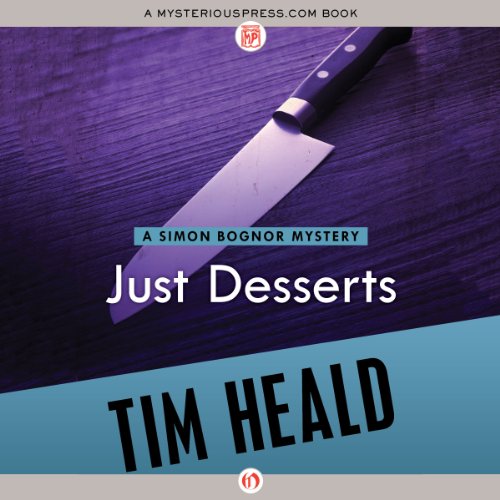 When a restaurateur dies suspiciously, Bognor is forced to eat his way to the truth

Dinner service is over, the staff has left, and Escoffier Savarin Smith is about to tuck into a couple of bottles of champagne. He seals the windows with electrical tape, fiddles with a canister of gas, and begins to drink. When his staff arrives the next morning to open the restaurant, the champagne is drunk, the air has been poisoned, and the greatest chef in England is dead - seemingly by his own hand.

For Board of Trade investigator Simon Bognor, this is a crushing blow. Although he moves through life in a permanent state of near-bafflement, Bognor knows his way around a restaurant, and Smith’s was the finest in Britain. It was also a clearinghouse for international espionage, which may have led to the chef’s peculiar demise. Although usually hesitant to put himself in danger, for once Bognor is unafraid. After all, there are great meals at stake.

was it suicide or murder.

this time simon finds himself tasting wine and playing in a cricket match.
I don't know much about cricket but did enjoy the story.
looking forward to the next book in the series.