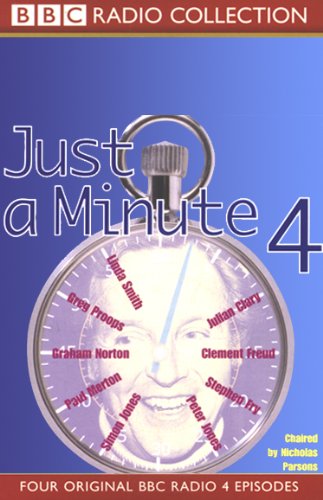 Suave but embattled chairman Nicholas Parsons attempts to control prattling panellists Peter Jones, Clement Freud, and Paul Merton as they pit their wits, and their words, against the clock.

Join them and their guests as they attempt to speak for 60 seconds without repetition, deviation, or hesitation on a wide range of sometimes obscure, sometimes plain ridiculous subjects. Seconds out, let timely battle commence. It's much, much more than a laugh a minute.

What listeners say about Just a Minute 4