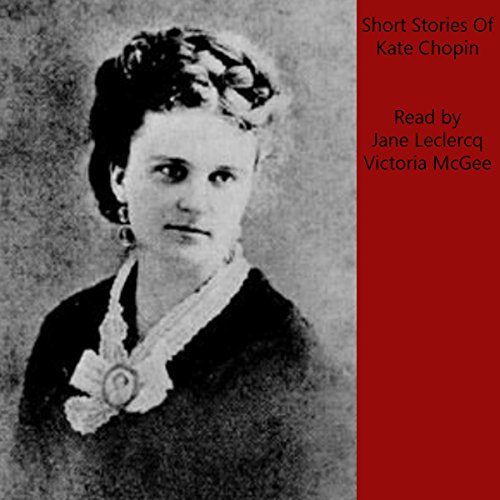 From 1892 to 1895, Kate Chopin wrote short stories for both children and adults, which were published in such magazines as Atlantic Monthly, Vogue, The Century Magazine, and The Youth's Companion. The people in her stories are usually inhabitants of Louisiana and much of her writing is set in Natchitoches in north central Louisiana. Her major works were two short story collections, Bayou Folk (1894) and A Night in Acadie (1897). Within a decade of her death, Chopin was widely recognized as one of the leading writers of her time.

This wonderful audio collection contains some of her most important and enjoyable short stories, including “The Story of an Hour”, “The Storm”, “The Locket”, “The Kiss”, “Beyond the Bayou”, “At the Cadian Ball”, “The Reflection”, “A Pair of Stockings”, “A Pair of Silk Stockings”, “A Respectable Woman”, and “Ma’am Pelagie”.