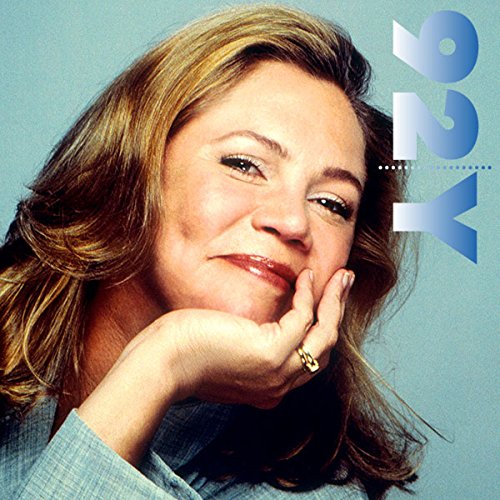 Award-winning actress Kathleen Turner talks about her extraordinary life, career, activism, and passions with Gloria Feldt, the former president of the Planned Parenthood Federation of America and author of The War on Choice.

Turner is a longtime advocate for women's health care and has been outspoken about her struggle with rheumatoid arthritis. She won a Golden Globe Award for Best Actress for Prizzi's Honor and Romancing the Stone and was nominated for The War of the Roses, Body Heat, and Peggy Sue Got Married, for which she also received an Academy Award nomination for Best Actress. Turner's memoir is Send Yourself Roses: Thoughts on My Life, Love, and Leading Roles.

One of the reasons that inspired feminist leader Gloria Feldt to approach her friend and fellow activist Kathleen Turner about collaborating on a memoir was that biographies of men outnumber those of women by a ratio of about eight to one. Though the acclaimed film and stage actress initially had misgivings (a memoir seemed "egocentric"), Turner eventually came on board and Send Yourself Roses: Thoughts on My Life, Love, and Leading Roles was born. In this 2008 conversation at the 92nd Street Y, Turner and Feldt (who are old friends through their work with Planned Parenthood) discuss the origins of the book while Turner brings its contents to life in her trademark raspy voice.

Send Yourself Roses at least once a week

I absolutely love this book. It is everything you could want in a biography. Kathleen Turner is bold, brave, vulnerable and honest. She has great morals and it is a delight to know she has maintained her core values throughout her career, in Hollywood no less. Just fabulous!