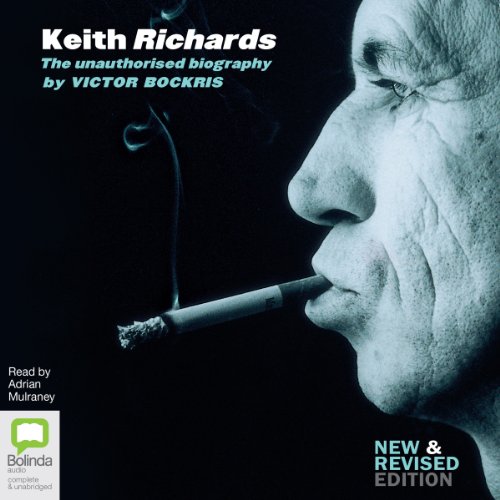 In 1992, Victor Bockris' celebrated biography was the first to recognize Richards' pivotal role in the legend of the Rolling Stones. Now that book on rock's most incredible survivor has been expanded. Here are the true facts behind Richards' battles with his demons: the women, the drugs and the love-hate relationship with Jagger. His struggle with heroin and his status as the rock star most likely to die in the 1970s. His scarcely believable rebirth as a family man in the 1980s. Illuminated with revealing quotes and thoughtful insights into the man behind the band that goes on forever.

"It is quite simply a fascinating portrayal of one of rock ’n’ roll’s greatest living legends." ( Express)

I thought this might provide some different insight into Keith's life something I didn't get from Keith's autobiography, but in reality nothing is as good even if people contest some of the events and how exactly they happen it's so much better to hear a story from the person the stories about's account. go read life

About my twentieth book, most were historical or serious biographies. I needed a fun read. And man did I get it here. I could stop listening. I’m Not even a huge Stones fan, But I fell in love with Keith and this book.
I felt this book was well put together and read by someone with a slight a British accent, which made it better. The author adds quotes from people in Keith’s life along the way, adding a lot to the story. And what a story, Keith is the real thing, sex, drugs and rock n roll.
I since looked up the Stones discography, and have downloaded a bunch of their songs.
One question, how in the hell is Keith 75 years old, and still going?

A wonderful companion to Life

Keef is a rock legend. This is a great look at a life of true rock and roll.