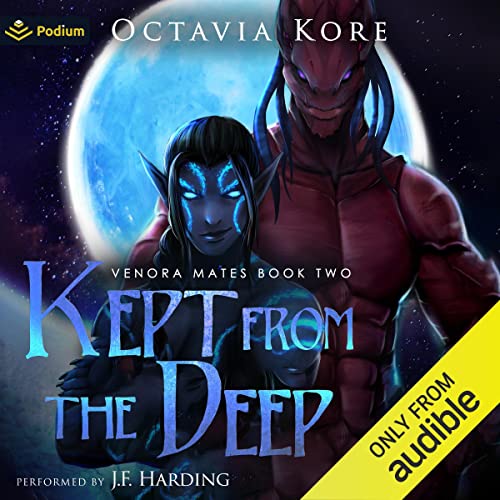 Kept from the Deep

A forgotten past, a tormented present, and a future in jeopardy.

She’s been abducted from Earth, experimented on in the Grutex labs, and thrown into the path of not just one massive alien mate, but two. As a Filipina nurse living in America, she isn’t a stranger to adapting to unusual situations, but nothing could have prepared her for what’s to come.

He’s hidden behind a mask of humor his entire life, but the fierce little female who holds Brin at gunpoint the very first time they meet, and the haunted Grutex scientist, can see right through it and into the depths of his soul where he keeps his darkest secrets. He never wanted to find them, but now that he has, Brin will do everything he can to protect them.

He was supposed to oversee their care, but he wasn’t ever meant to feel anything for the human test subjects. Unlike the rest of his kind, Nuzal finds himself feeling sympathy and guilt over what’s being done within the labs on the Grutex ship, but he never in his wildest dreams expected to feel love.

Will her mates ever be free of their pasts, and will they be able to escape in time to save humanity from the monsters of the universe?

This is an MMF romance with dark tones that may contain triggers.

What listeners say about Kept from the Deep

I found this series by looking for books read by J.F. Harding. I read or listen to a book a day, and he’s easily in my top 5 narrators.

I feel like I stumbled upon a gold mine with these two (so far) books. Adventure, romance, mystery, sci-fi … I gobbled them up.