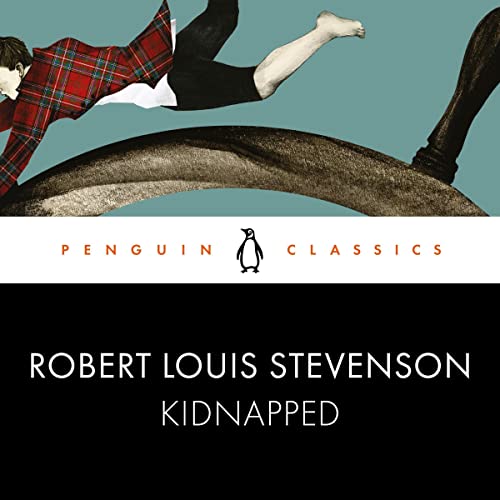 Robert Louis Stevenson's Kidnapped is at once a rollicking adventure story and an earnest political allegory. This Penguin Classics edition is edited with an introduction and historical notes by Donald McFarlan and a foreword by Alasdair Gray.

Orphaned and penniless, David Balfour sets out to find his last living relative, miserly and reclusive Uncle Ebenezer. But Ebenezer is far from welcoming, and David narrowly escapes being murdered before he is kidnapped and imprisoned on a ship bound for the Carolinas. When the ship is wrecked, David, along with the fiery rebel Alan Breck, makes his way back across the treacherous Highland terrain on a quest for justice. Through his powerful depiction of the two very different central characters - the romantic Breck and the rational Whig David - Stevenson dramatised a conflict at the heart of Scottish culture in the aftermath of the Jacobite rebellion, as well as creating an unforgettable adventure story.

This new edition includes a foreword by Alasdair Gray discussing Stevenson's life and literary career and how he came to write Kidnapped. In his introduction, Donald McFarlan considers the novel's realism and a depiction of Scotland.

Robert Louis Stevenson (1850-1894) was born in Edinburgh, the son of a prosperous civil engineer. Although he began his career as an essayist and travel writer, the success of Treasure Island (1883) and Kidnapped (1886) established his reputation as a writer of tales of action and adventure. Stevenson's Calvinist upbringing lent him a preoccupation with predestination and a fascination with the presence of evil, themes he explored in The Strange Case of Dr Jekyll and Mr Hyde (1886), and The Master of Ballantrae (1893).

What listeners say about Kidnapped