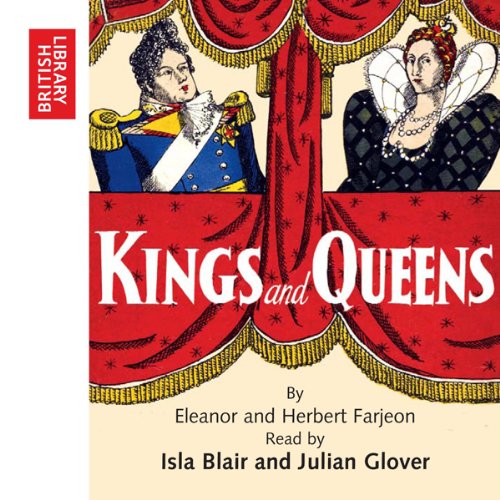 First published in 1952, Herbert and Eleanor Farjeon’s Kings and Queens has attained the status of a children’s classic. The charming poems, each one dedicated to a different king or queen, tell the story of the 41 English monarchs from William I to Elizabeth II in a humorous and charming way that has delighted generations of children and their parents.

The readings also include a selection from Heroes and Heroines by the same authors, including Alexander the Great, Julius Cesar, Robin Hood, Christopher Columbus, Sir Francis Drake, George Washington, Napoleon, Florence Nightingale and Buffalo Bill, among others.

What listeners say about Kings and Queens

An Entertaining snapshot of many historic figures

A fun and easy way to learn a bit about King and Queens of England as well as many other famous historic figures...suitable for older kids and adults alike

It is better to have the pictures, but reasonable fun if you did know these poems as a child. It finishes with a blast of sentimental patriotism in 1953 - but funnily enough that brings us bang up to date on British monarchs!