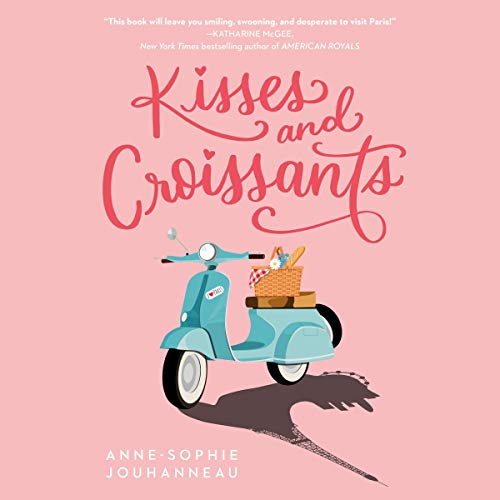 As sweet as a macaron from Laduree, with writing as crisp as a freshly baked baguette, this romantic novel set in Paris about an American ballerina and a charming French boy is parfait for fans of American Royals and Netflix's To All the Boys I've Loved Before.

Mia Jenrow has always known she's destined to be a professional ballerina. In fact, it’s in her blood - according to family legend, her too-many-greats-to-count-grandmother once danced for the Paris Opera and was painted by Degas himself! Her parents say it’s just a fantasy, but to Mia it’s so much more than that. It’s her fate.

Mia is planning to spend a magical summer in France pursuing her dream, but as she pirouettes into Paris, she soon realizes it may be a bit more complicated than she hoped. For starters, there’s her rival, Audrey, who will stop at nothing to show her up. There’s her ballet instructor, whose impossibly high standards push her to the breaking point. And then...there’s Louis. Devastatingly, distractingly charming Louis. He’s eager to show Mia his city - and Mia is more than happy to hop on his Vespa and wrap her arms around him as they pass the gleaming lights of the Eiffel Tower.

Mia’s summer was supposed to be about ballet - but there’s a reason Paris is called the City of Love....

“A charming story about family, first love, and chasing your dreams. Grab a croissant, because this book will leave you smiling, swooning, and desperate to visit Paris!” (Katharine McGee, New York Times best-selling author of American Royals)

"Paris simply shines; readers’ senses will come alive with all the city has to offer." (SLJ)

What listeners say about Kisses and Croissants

I have to say, books about travel get more rating from me than they should just because I like to travel so much and it always gets me in a good mood
We meet Mia, she is a ballet dancer who just got accepted into a program for dancers in Paris, she discovers that there is a legend of her ancestor who was a ballet dancer and might be immortalized in a famous painting and she sets out to find it with a cute French guy names Louis and we will see her journey across the six weeks in Paris and if she will ever find that painting
the story was average and reminded me of "Emily In Paris" it had nice atmosphere but Louis and Mia's relationship was really rocky and I couldn't get into it that much .. but it was a nice read

The narrator was Excellent, she really brought life to the story specially with her French pronunciation