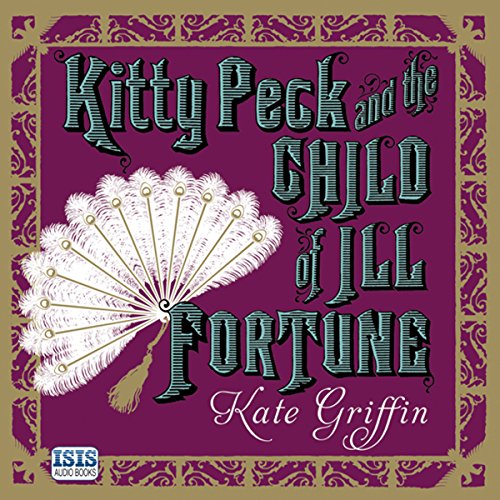 Far from the colour and camaraderie of the music hall where Kitty had been working, this newfound power brings with it isolation and uncertainty. Desperate to reconnect with Joey, her estranged brother, Kitty travels to Paris.

Reunited at last, she is unable to refuse his request to take a child back to London. Within days of her return, it's clear that someone has followed them...and this someone is determined to kill the child...and anyone who stands in their way.

Why doesn't Audible have the rest of the series?

Unfortunately it would give a non too small part of the book’s the game away to describe what annoyed me about it however just to say that there is a massive flaw in a main plot twist which medical people will pick up on and probably most other readers who are interested in biology will too. If you don’t spot the error then the book will be a good read however for me, when i noticed it, that was the end of my suspended disbelief. I felt like the author had tried too hard to make things interesting and in the process messed up a central plot driver which if you are going to chose that topic as the main driver you should do your basic homework on it!

Kitty peck and the child of I'll foirtune

The book was different and I found it fascinating. I disliked the ending so much that I don't want to read any more.

Second of the Kitty Peck series and I can safely say, I'm completely engrossed. Incredible storytelling