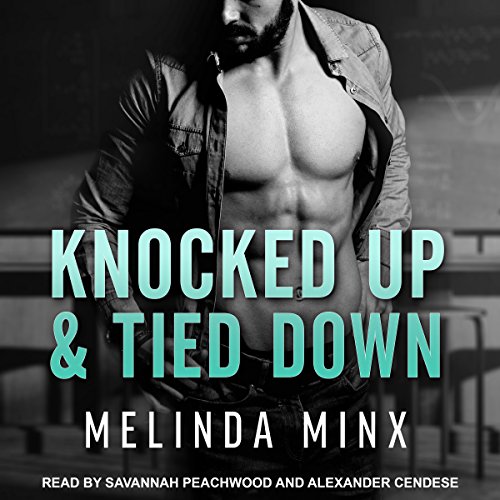 Elijah Leeds has always been my fantasy. He was the one man I wanted, but could never have. And now - six long years after I first laid eyes on him - he's finally become my dom. His lightest touch demands my full submission, and obeying him transforms all my darkest fantasies into blissful reality. He ties me up, chains me to the bed, and demands my utter obedience....

But he never asked me to get pregnant. He's not a man who wants white picket fences, and I don't know how I'm going to tell him that I'm having his baby.

I wasn't supposed to touch her. It took every last shred of my willpower to keep my hands off her - to not tie her up six years ago and demand submission. But I was good. For once I was good, and I let her go. But now she's back, and now it's time to be bad. I'm going to tie her up extra tight to make up for lost time. I'm going to make her scream even louder. She's mine now. She'll obey me. She'll submit. And if she's good, I'll make her feel things she never knew she could feel.

There's a pleasure that can be found only in pain, and I'll give her plenty of both. She'll beg me for it, but I'm the dom, and it's me who makes the demands.

What listeners say about Knocked Up and Tied Down

I Absolutely loved this book the story line was unique in the character's connection was hot! Also can we talk about hot narration, I absolutely love Alexander Cendese voice!

What a GOOD surprise!!

OMG!! ...🔥🔥 I can't get over how great this book was. I'm so happy I happened to stumble across it. The narration was also a surprise because of Alexander Cendese's british accent. I listened from start to finish (which means I accomplished nothing today but who cares) completely enraptured. I REALLY hope🙏 there is more of Melinda Minx in the VERY NEAR future with similar stories!! 🔥🔥💯👏👏

this book was a fun sexy quick read I loved it from start to finish!