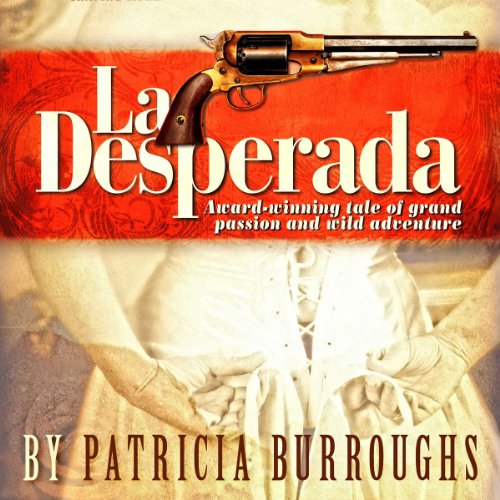 The son of a preacher man, Boone Coulter carries the guilt of his sins and the assurance of his damnation on his shoulders, yet still is set on revenge. When Philadelphia-bred Elizabeth Dougherty breaks into the jail and holds him - a cold-blooded killer - at gunpoint, saying, "Take me with you," she has no idea the sheriff who wants her dead is Coulter's old enemy and now has double the reason to track her down and kill her. When Boone Coulter grudgingly agrees, he has no idea that this fiercely proper yet defiantly sensual Victorian woman will find the one vulnerable place in his heart and fan it to blazing life. Their wild leap of desperation into the Texas wilderness launches a passionate tale of love and sacrifice, and becomes the stuff of legend...the legend of La Desperada. Set in the Texas and New Mexico of Billy the Kid.

What listeners say about La Desperada

The narrator is so bad I cannot even pay attention

I will try to read this, just to be fair. The narrator is so bad that the story is hard to follow. Maybe a redo is in order here,