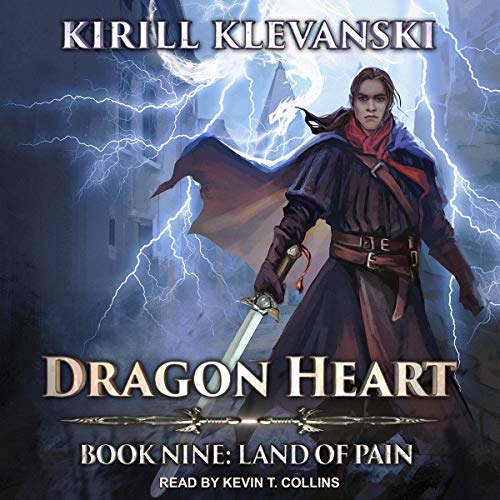 His name is Hadjar Darkhan, and he still follows the call of his dragon heart.

The War Games ended a few months ago, and the various generals of Darnassus, led by the emperor, realized that just the disciples of the best martial arts schools and even the smaller, lesser schools wouldn't be able to strengthen the Darnassian Army enough to prepare it for what was coming. A war was on the horizon, and every weapon would matter, so losing even the most inexperienced warriors was an unthinkable prospect.

The Empire had never prepared for battle on such a massive scale before. They'd gathered tens of thousands of Spirit Knights and hundreds of thousands of Heaven Soldiers in just a short time. But would that be enough to combat the countless hordes of the enemy? Or were these just the death throes of a once vast Empire?

Hadjar, whether he wanted to or not, would be part of this upcoming war. Moreover, his role might end up being far more significant than he'd originally assumed.

Before a decisive battle begins, he must plunge into a maelstrom of war preparations, which doesn't bode well for him....

What listeners say about Land of Pain

If you haven't realized already, this is easily one of the greatest books of this year and a series that will make you question the talent of other authors. If you are looking to be just entertained for a while, this series isn't for you.
If you are looking to dive in to a world as complex as our own and character progression the likes of which is rare, you have found your next obsession. No pointless deaths, unnecessary sex, two dimensional characters, and skip worthy chapters.
For a lot of people, especially the ones who project modern culture onto fictional worlds, this is a brutal and unforgiving story that seems to just want you to be upset.
However, if you can let go of your biases and modern sensibilities and simply let your mind and heart be embraced by a magnificent adventure you won't look back with regret but look forward with excitement for the next chapter.

This fucking series is amazing...... Somebody’s gonna kiss the donkey...

A fresh wind in a sea of litRPG

The series is amazing the way the book is written the story of kajar the flow of descriptions this is a series of books no one should ever not listen to.

I've been waiting for months for book 10 to be announced here. I see it on amazon every day and pray It will be put on audible.
I love this series and re-read the books at least once a year. PLEASE KIRILL put your books on audible I will buy them all as long as you make them.

I believe the negative reviews are by wannabes or over educated stiffs who correct people's grammar because they can. Only one issue with Audio version of book 9 and only saying this in case book 10 is similar... Please add a note like "Storm Mountain 6 months ago..." it was a lot of reminds to catch up on Hadjars location in time and space. Thanks for all the hours of great listening.

lotsa battle,not a lot of plot

lots of battle, but the plot doesn't move forward very much. I miss the 21 plus hour earlier books that were more be complete works.

idk if I'm gonna continue with this series

every book is the same ...everybody talks a ton of shit, MC never gets any respect, absolutely everyone is angry n rude all the time ...like there is no way for ppl to communicate without fighting
The blending of cultivation and an AI is never fully realized ...it seemed like it was going to be an amazing fusion ...but it's all a tease they never actually do anything with it.

Also, the Narrator reads in same tone no matter what, no inflection ever!!!!
idk if it's just me, but it's really easy for the audiobook to turn into background noise ...so it's super easy to miss stuff, and u have to go back n try to pay attention. Some books/narrators grip u and u can't help but hang onto every word ...then there r books like this one that u want to love, try to love, n u it's supposed to be good ...but just falls flat

maybe one day I'll check in again, but I'm def not in any kind of rush to get the next book

I have really enjoyed this series

Could be a lot better

The story is beginning to feel like a filler for the author. Only last third of was off some relevance and it’s a shame as this was something that I look forward to

this series is the best wuxia/litrpg a had the pleasure to enjoy. I highly recommend it.