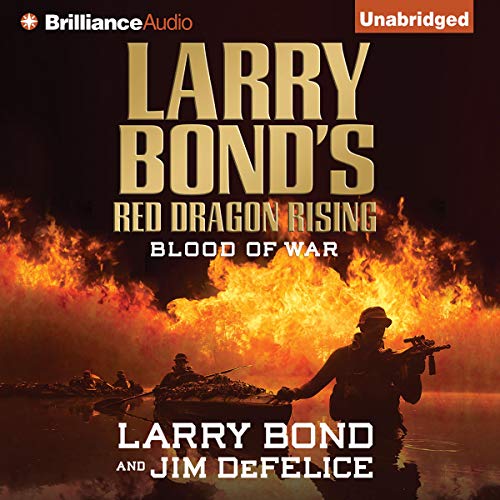 As depression and drought wrack China, the country’s new premier has launched a deadly war with Vietnam. The assault has left the world on the precipice of disaster.... U.S. Army Major Zeus Murphy disobeys his commander and plunges headlong into the conflict, leading the Vietnamese in a covert attack against the Chinese army massing on the border. If the gambit fails, China will roll over Vietnam - and Zeus will lose the only woman he has ever loved, kept prisoner in a secret base north of Hanoi.

In the South China Sea, the USS McLane becomes a deadly pawn in a game of international chicken between the U.S. and China. If the American ship won't leave, the Chinese are prepared to sink it.

Vietnam prepares a doomsday weapon that will not only extract revenge but render much of Southeast Asia uninhabitable for decades. Hoping to prevent this, the U.S. President sends SEAL Lieutenant Ric Kerfer to destroy the weapon.

Operating on land and sea, American heroes are caught in a desperate struggle to prevent the unthinkable from becoming reality. But are they enough to turn back the might of the rising Red Dragon?

This is one of the best combat series in my collection. I highly recommend this series. IT IS A MUST HAVE FOR YOUR COLLECTION . The narrative is superb.