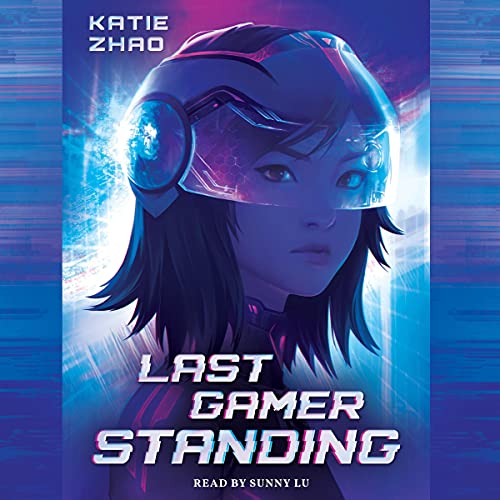 In a near-future society, gaming is everything! Professional esports teams are the mainstream celebrities and kids begin training as young hopefuls aspiring for the big leagues.

Twelve-year-old Reyna Cheng is the up-and-coming junior amateur Dayhold gamer, competing in a VR battle royale against AI monsters and human players alike. But despite Reyna's rising popularity and skills, no one know who she is. Gaming is still a boy's club, and to protect herself against trolls, she games as the mysterious TheRuiNar.

When Reyna qualifies for the Dayhold Junior Tournament sponsored by her favorite team, she knows she's got what it takes to win the championship title and the $10,000 prize.

But when she's blackmailed and threatened to be doxed, having her personal identity revealed by an anonymous troll, Reyna will have to deal with a toxic gaming community, family complications, and the increasing pressure to win as the tournament gets underway.

An honest look at gaming

Reyna Cheng is 12 years old and is a rising star as a junior amateur Dayhold gamer. Because of the sexism girls have to deal with as gamers, Reyna has kept her identity as the popular and talented gamer, TheRuiNar, secret. At the same time, she is facing pressure from her father to give up gaming, and her mother is about to undergo major surgery.

When Reyna qualifies for the Dayhold Junior Tournament, which has a $10,000 grand prize, Reyna knows she's good enough to win. And the money could really help with her mother's surgery. But entering the tournament is the easy part. Not only does Reyna get an email threatening to doxx her if she doesn't drop out of the tournament, but she is being pressured by her family to come home and be a "good daughter." Will Reyna be able to handle the pressure and perform well in the tournament, or will she buckle under all the pressure?

I loved this story and listened to the audiobook. Narrated by Sunny Lu, the story was so much fun, especially as it really digs into the struggle that female gamers face - whether they are casual gamers or trying to break into the professional world. Though I didn't care for Lu's voice too much - it sounded too much like bubble-gum pop for me to truly enjoy it - her performance was really good. If I were to reread the book, I'll probably just read it instead of listening to the audiobook, but that's just because her voice work didn't work for me. It wasn't bad.

I think this is a great story for any girl who loves gaming, as well as boys who think gaming is only for boys to learn that girls can game just as well as boys. All things considered, the ending was somewhat weak - well, maybe weak isn't the right word so much as not fully fleshed out - but I think that was more from trying to wrap up everything rather quickly than from an actual weakness in the story.

Now obvioualy I'm not the target demographic for this, being a 30yo white male gamer.
It's a very simple story. Very simple.
the quality of the actual writing from a technical point of view is... uh... varies.
I kinda feel like the anti-sexism message *could* be done a bit more subtly. when the book is like asian are discriminated against in gaming I was like.... what? the literal stereotype is that no matter how good you are, there's always a Korean or Chinese player better than you xD
the performance is well done. it's not easy to make a bunch of kids sound differently (in the narration. in the writing... again, varies).
So ye I know I'm bashing a kids book that I only picked up for research as im writing my own esports novel. im just saying, could be better. could also be worse 🤷 hence a 3.
some parts of the ending did hit me in the feels.