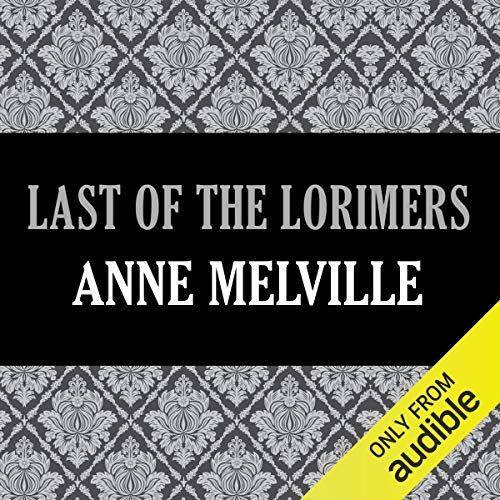 Volume Five of the dramatic saga of the Lorimer Family Survivors of a disappearing generation, the Lorimers struggle to preserve their heritafe. The end of the Second World War finds Kate Lorimer a refugee in occupied Germany. Once back in England she and Alexa must accept that they will have no descendants as the family teeters towards bankruptcy. Only Asha can keep the family traditions alive, but women of her generation are faced with a choice between family and career. As guardian of the Lorimer heritage, she is presented with the most difficult decision of her life. The Last of the Lorimers is the powerful fifth volume in the sequence which chronicles the lives and fortunes of the Lorimer family from the 1870s to the 1940s.

Born in Harrow, Anne Melville was the daughter of the author and lecturer Bernard Newman and the widow of Jeremy Potter, novelist and historian. She was a scholar at St. Hugh's, where she read modern history. She died in 1998.