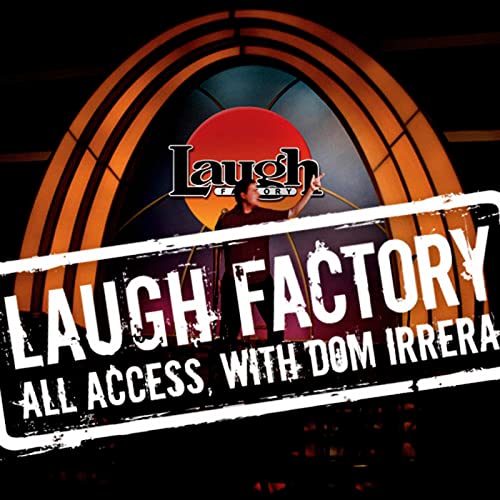 Laugh Factory Vol. 16 of All Access with Dom Irrera

Mike Saccone covers the bases, from adventures in weight gain to female undergarment removal. Then, Paula Bell throws her weight around and reminds all assembled that they're in L.A. Finally, Jo Koy exposes L.A. Mexicans for the chefs they are, and he shares the Michael Jackson impression he joyously performed in his youth.

Mike Saccone:
The Italian kid from Kansas City has come a long way from performing at cowboy bars. Mike Saccone has achieved a long career of stand-up comedy and acting, and he now makes Los Angles his full-time home. Aside from winning the title of Comedy Grand Champion on Star Search, Mike has appeared in dozens of TV shows, including Cybill, the John Larroquette Show and Empty Nest.

Paula Bell:
Headlining in clubs across the country, a favorite in Europe, and having toured with the USO, Paula is a true original. Paula honed her act in Los Angeles, where she was privileged to work along side the late great Richard Pryor at his request. Only six years into her stand-up career, she performed on "The Tonight Show." Being one of the first to perform at "The Aspen Comedy Festival," Paula soon after received a development deal with the Warner Brothers Network. Paula's numerous television appearances and writing style make her one of the most unique and funniest female comics performing today.

Jo Koy:
Jo Koy began standup comedy in 1996 at a comedy club in Las Vegas. Soon he moved from open mic night to becoming one of the most requested comedians at Catch a Rising Star, a signature show at the MGM Grand Hotel and Casino. A talent coordinator from Los Angeles spotted Koy and landed him his first television appearance on the nationally syndicated show BET''s Comic View. Aside from touring nationwide, he is a regular performer at the Laugh Factory, and he was just named by Variety as one of "Ten Comics to Watch" for 2007.

What listeners say about Laugh Factory Vol. 16 of All Access with Dom Irrera