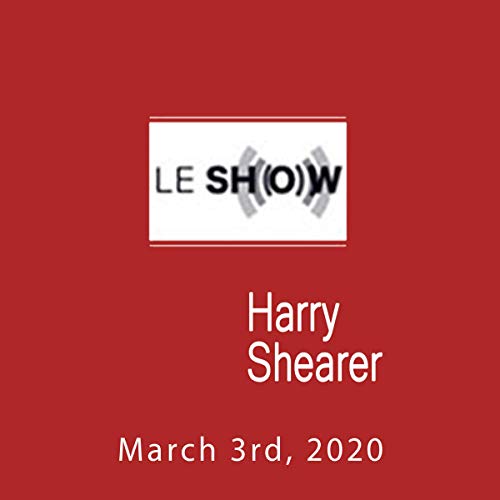 Le Show is a program of satire, humor, and commentary about the week's news. Comedy sketches written and performed by multi-talented multimedia artist Harry Shearer, interwoven with an eclectic, ever-changing blend of music; from world to pop, soul to jazz. Shearer says about Le Show, "I do it because I don't do standup, and I don't do sitcoms, and the radio broadcast enables me to do what I think is funny in a broadcast medium without having to listen either to network executives or Canadian producers."

About Harry Shearer: He co-wrote and starred in the seminal rock mockumentary, This Is Spinal Tap; he's the voice of Mr. Burns, Smithers, Ned Flanders, Kent Brockman, and nearly a dozen other characters on the long-running FOX-TV hit, The Simpsons; and he was a cast member and writer on Saturday Night Live. Le Show, has been on the air since 1983.

" Le Show is one of the best shows on modern radio." ( Entertainment Weekly)
"In the long nightmare that is America in the late 20th century, no one has given voice to the worst in all our natures better than Harry Shearer. His rants are funny, and his depth of knowledge on certain matters, from digital TV to Lewinskygate, is impressive." ( San Francisco Chronicle)