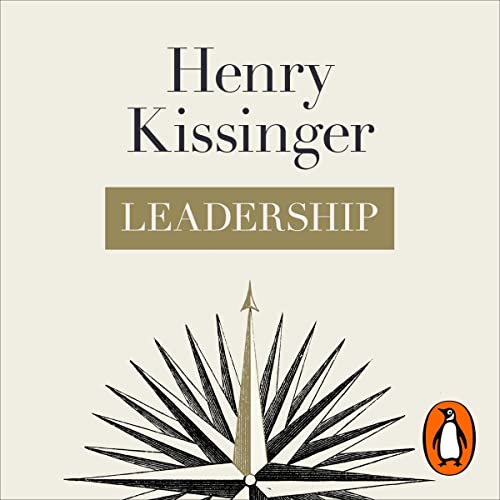 Kissinger's six leaders are Konrad Adenauer, Charles de Gaulle, Richard Nixon, Anwar Sadat, Lee Kuan Yew and Margaret Thatcher. All of them were formed in a period when established institutions collapsed all over Europe, colonial structures gave way to independent states in Asia and Africa, and a new international order had to be created from the vestiges of the old. Kissinger penetratingly analyses each of these leaders' careers through the highly individual strategies of statecraft which he presents them as embodying, to show how it is the combination of character and circumstance which creates history. Kissinger's public experience, personal knowledge and historical perceptions enrich the book with insights and judgements such as only he could make.

What listeners say about Leadership

For any audience interested in history, especially other countries' history from an American point of view, it is a treat to have such quality summaries of these leaders and their countries' values. For any student of leadership, it is inspirational on why how what each leader championed their future views, and as a result, changed history for many.

Dr Kissinger not only analysed history in great analysis, what amazed me is also good writing in his accurate choice of words. Many parts deserved a repeat and reflections. To take in what the lessons are, more reading and perhaps life experiences are required to appreciate his views, whether you agree or disagree, with wisdoms of substance, not theoretical standard of utopian dream.

It's hard to believe that he wrote this book at 99 years old with amazing details and eloquence.