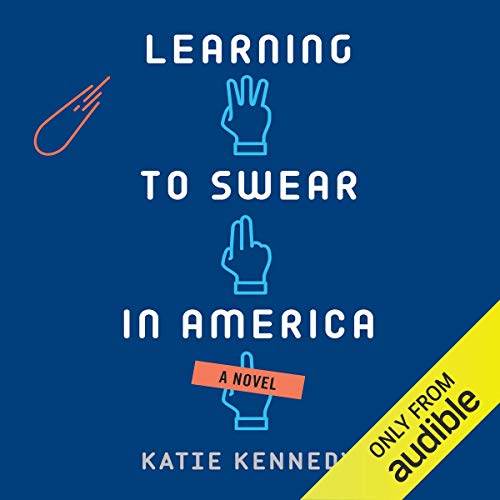 "Landon is as gifted at developing minor characters as he is at satisfying science, romance, and humor lovers." (AudioFile)

An asteroid is hurtling toward Earth. A big, bad one. Maybe not kill-all-the-dinosaurs bad but at least kill-everyone-in-California-and-wipe-out-Japan-with-a-tsunami bad.

Yuri, a physicist prodigy from Russia, has been recruited to aid NASA as they calculate a plan to avoid disaster. The good news is Yuri knows how to stop the asteroid - his research in antimatter will probably win him a Nobel Prize if there's ever another Nobel Prize awarded.

But the trouble is, even though NASA asked for his help, no one there will listen to him. He's 17, and they've been studying physics longer than he's been alive. Then he meets (pretty, wild, unpredictable) Dovie, who lives like a normal teenager, oblivious to the impending doom. Being with her, on the adventures she plans when he's not at NASA, Yuri catches a glimpse of what it means to save the world and live a life worth saving.

Prepare to laugh, cry, cringe, and have your mind burst open with the questions of the universe.

"Landon is as gifted at developing minor characters as he is at satisfying science, romance, and humor lovers." (AudioFile)

What listeners say about Learning to Swear in America

An Absolute gem of an audiobook. Well worth buying

The characters are believable and the plot is terrifyingly plausible.

The narration was sheer perfection and the inflection and pacing was terrific.

I will definitely be on the lookout more books by this author and also by this narrator.

The book itself was good for a YA book, and picked up in the second half. I especially enjoyed the tense showdown with the asteroid. However, the narrator really colored my enjoyment of the book. He paused and inflected in the wrong places, I'm pretty sure he said "check" in place of a square root symbol, and he should never - NEVER - be allowed to do a "teenage girl" voice again.

Caught my interest and held it from the start. I loved the balance and the contrast between formal, strict, science oriented Yuri and free-wheeling, colorful, rebellious Dovy. And that Lenon's wheelchair is both curse and strength. Reminiscent of BBT, with young physics genius struggling to understand basic human interaction, and thriving hilariously - though this had a little more serious feel.