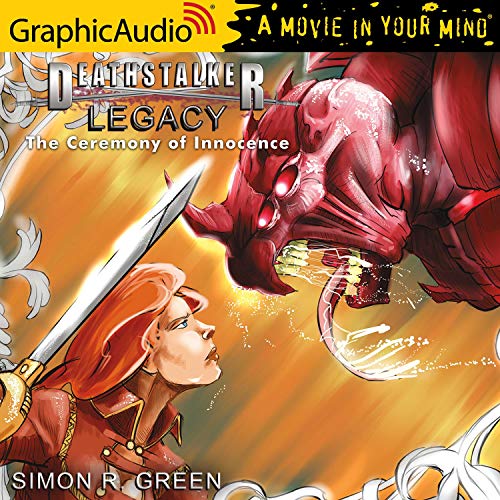 Two hundred years after the events chronicled in Deathstalker Destiny, it is a golden age for the Human Empire. Lewis Deathstalker is a remote descendant of the legendary Owen and foremost among the Paragons, an elite force of noble warriors in service to a benevolent constitutional monarchy. The new monarch, Douglas Campbell, grandson of Robert and Constance, and his reluctant Champion Lewis Deathstalker find themselves in deep and treacherous waters on Campbell’s first day in Parliament. However, the king’s head of protocol, Anne Barclay, and his betrothed, the beautiful opera star Jesamine Flowers, have him prepared well. That is, until the political battlefield becomes a literal one. An assassination attempt will call some of Douglas’ most cherished relationships into question. Elsewhere, the Empire’s greatest Paragon begins assembling his network of treachery, designed to destroy everything Douglas Campbell holds dear.

What listeners say about Legacy (1 of 3) [Dramatized Adaptation]