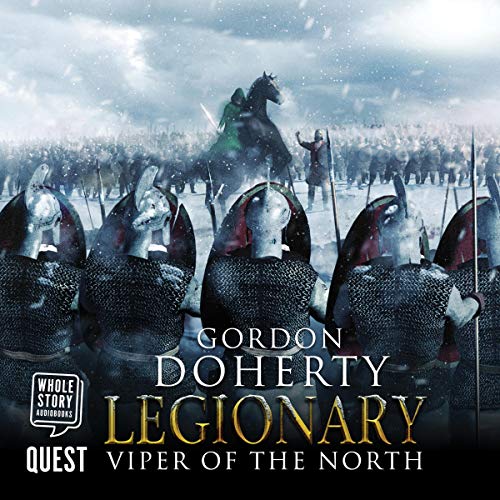 Legionary: Viper of the North

Deep winter, AD 376: Emperor Valens has withdrawn the field armies from Moesia and Thracia to fight in the Persian War. The impoverished limitanei legions left behind to defend the banks of the River Danubius are now all that stand between the war-hungry Goths and heart of the Eastern Roman Empire.

For Numerius Vitellius Pavo and the men of the XI Claudia, the brief from Emperor Valens is simple: to avoid war with the Goths at all costs. But in the frozen lands north of the Danubius a dark legend, thought long dead, has risen again. The name is on the lips of every warrior in Gutthiuda: the one who will unite the tribes, the one whose armies will march upon the empire...The Viper!