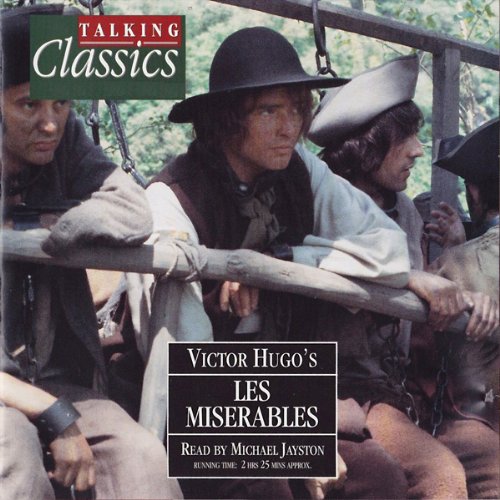 Victor Hugo's tale of injustice, heroism, and love follows the fortunes of Jean Valjean, an escaped convict determined to put his criminal past behind him. But his attempts to become a respected member of the community are constantly put under threat by his own conscience, when, owing to a case of mistaken identity, another man is arrested in his place; and by the relentless investigations of the dogged policeman Javert. It is not simply for him that Valjean must stay free, however, for he has sworn to protect the baby daughter of Fantine, driven to prostitution by poverty.

A compelling and compassionate view of the victims of early 19th-century French society, Les Misérables is a novel on an epic scale.

I have no experience with Les Mis and wanted to know the basic story. This abridged version was perfect for the purpose. At 2.5 hours, it was a quick run through the highlights. The performance is excellent and much is spoken from the characters' POV. I realize this was like the Cliff Notes for a much more complex work, but that is what I wanted. I was able to listen to the entire book during a 3 hour plane flight. The performance is stellar.