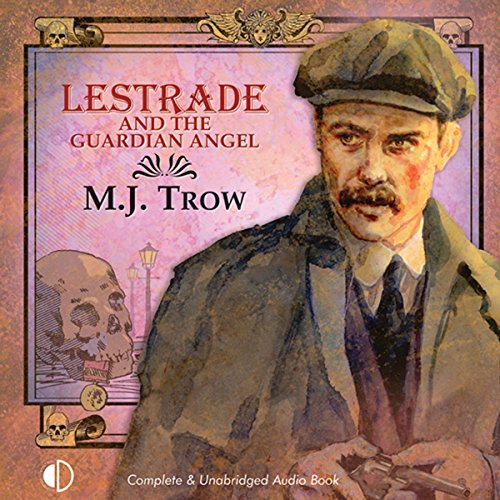 Lestrade and the Guardian Angel

The first fatality in a bizarre series of killings is a Captain of the Second Life Guards, found in the River Thames with a war medal wedged between his teeth. Then a dead Egyptologist is discovered with a scarab clamped between his molars. When a young soldier is found dead in the saddle (this time a locket is the dying mouthful), Sholto Lestrade is forced to impersonate a barrack-room lawyer.

His hunt for clues takes him on a near-fatal trip in a hot-air balloon, on a disastrous bicycle tour ending with a night in jail, and to London’s East End. Eventually, some seven cadavers later, things begin to fit into place and the final conundrum emerges. Who or what is Coquette Perameles?

What listeners say about Lestrade and the Guardian Angel