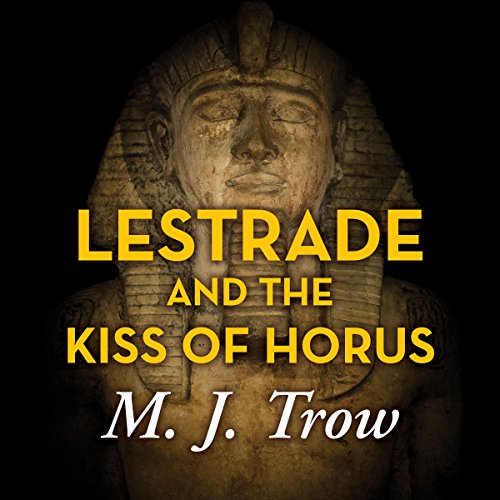 Lestrade and the Kiss of Horus

'And death shall come on soft wings to him that touches the tomb of the Pharaoh.'

The wings that retired Superintendent Lestrade comes on are those of a de Haviland Hercules. The archaeologist Howard Carter has made the discovery of the century in the Valley of the Kings, but all around him men are dying. Lord Carnarvon, careless with his razor, falls prey to a mosquito bite. Alain le Clerk leaves the tomb in a hurry to die alone in the desert. Aaron G String, the railway magnate, blows his brains out yards from the tomb's entrance. And so it is that Sholto Lestrade flies east to solve a riddle every bit as impenetrable as that of the Sphinx.

What listeners say about Lestrade and the Kiss of Horus

many chuckles with interesting story

The author must have chuckled as he wrote this story, even in the midst of the mystery. I've listened to it a few times because I get side tracked and still giggle and enjoy the ride