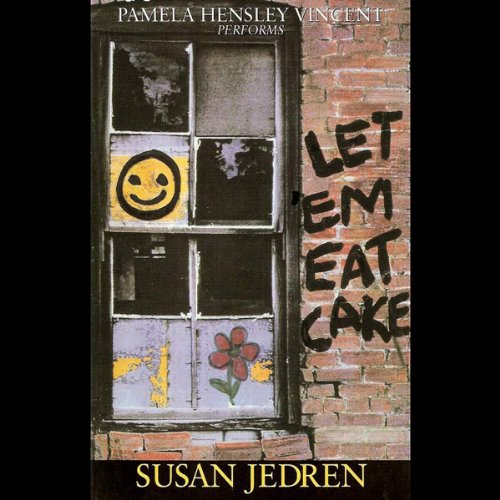 There are eight million stories in the naked city; Anna is one of them. Let 'Em Eat Cake is a gritty, funny first novel that draws us into the life of lower-middle-class New York City as never before.

Unsparingly straightforward, hysterically funny, levelheaded in the face of the sublime insanities that color her daily life, Anna is a living metaphor for the five boroughs of the city in which she was raised. Unwanted as a child herself, she now must raise her two children without the help of their father, who abandon them. On her new job driving a delivery truck for HomeMaid Cakes, she stocks the shelves of grocery stores and bodegas with bizarre pastries. As she wends her way through the Dantesque inferno that is New York City, a landscape by turns appalling and appealing, she becomes our own Virgil. Her perspective on the city bristles with vitality, wit and an ebullient appreciation or reality - precise, hilarious, and poignantly insightful.

Pamela Hensley Vincent made the story

PHV is an astoundingly talented narrator and I can't wait to hear more of her work. the story itself wasn't bad.