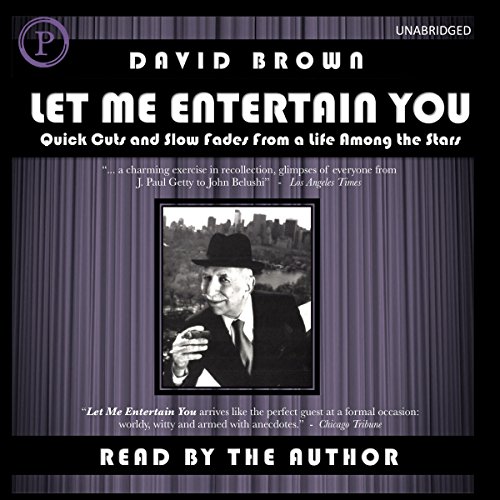 Let Me Entertain You

"Arrives like a perfect guest at a formal occasion: worldly, witty and armed with anecdotes." ( Chicago Tribune

A MASTER STORYTELLER . . . AND ONE CLASSY FELLOW!

David Brown's stories of legendary personalities and tales of his exploits in the publishing and entertainment business are priceless. He and his wife, Helen Gurley Brown, were iconic in the 60s and 70s. Anyone looking to get a glimpse of mid-century high society will surely enjoy this audio. I did not even notice any repetition of stories as the other review indicated. LOVED THIS!!!

Excellent profiles of players both onscreen and off in old, and not so old Hollywood.

Least: Could have been cut in half. Desperately needs editing. Some stories were repeated verbatim.

Personal insights into the world of movie making.

Truly a shame that more care was not taken in the production of this audiobook. Ironic, since the author is an editor and producer.