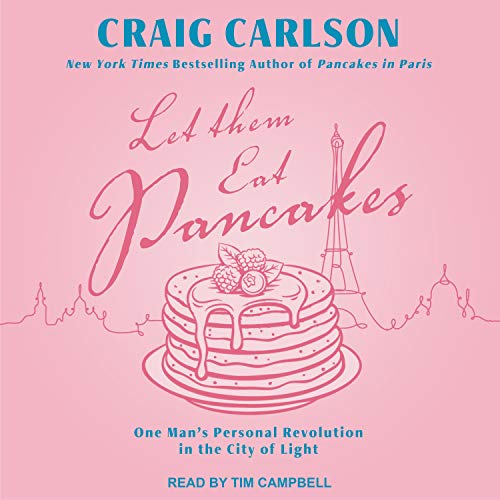 Craig Carlson set out to do the impossible: open the first American diner in Paris. Despite never having owned his own business before - let alone a restaurant, the riskiest business of all - Craig chose to open his diner in a foreign country, with a foreign language that also happens to be the culinary capital of the world. While facing enormous obstacles, Craig and his diner, Breakfast in America, went on to be a great success - especially with the French.

By turns hilarious and provocative, Craig takes us hunting for snails with his French mother-in-law and invites us to share the table when he treats his elegant nonagrian neighbor to her first-ever cheeseburger. We encounter a customer at his diner who, as a self-proclaimed anarchist, tries to stiff his bill, saying it's his right to "dine and dash". We navigate Draconian labor laws where bad employees can't be fired (even for theft) and battle antiquated French bureaucracy dating back to Napoleon.

When Craig finds love, he and his debonair French cheri find themselves battling the most unlikely of foes - the notorious Pigeon Man - for their sanity, never mind peace and romance, in their little corner of Paris. For all those who love stories of adventure, delicious food, and overcoming the odds, Let Them Eat Pancakes will satisfy your appetite and leave you wanting even more.

What listeners say about Let Them Eat Pancakes

I found the book to have a lot of political viewpoints. Every time a comment came in i lost more interest.