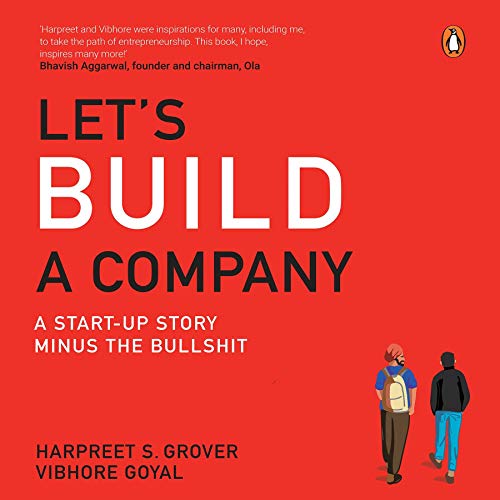 Harpreet Grover and Vibhore Goyal met in college and then spent the next decade of their lives building a company before exiting successfully.

One way to tell their story is this: they had a dream, they followed it and, then, through perseverance, they made it come true.

But that’s not really the truth. Like everything in life - at least everything worth having - it wasn’t that simple. There was blood, sweat and tears, there was loss of capital, loss of friendship and even a loss of faith along the way.

It started with a phone call from Harpreet’s mother introducing him to an uncle who wanted some help. Or maybe it started when Vibhore and Harpreet met as roommates in Room 143 at IIT Bombay. What remains true is that soon both had quit their jobs and launched CoCubes. From no money in their bank accounts for eight years after graduating to becoming dollar millionaires two years later in 2016, this is a tale of grit - of a company built in India by two Indian-middle-class 20-somethings-turned-entrepreneurs - written in the hope that you can avoid the mistakes they made and learn from what they did right.

This is that story - the story that you don’t always hear. But if you want to be an entrepreneur, and you prefer straight talk to sugar-coating, it’s one you should listen to.

What listeners say about Let's Build a Company

This will help me in future

This will definitely help me in future. I have learnt a lot. Thank you for sharing your experience.

I started reading this book to know the life of an entrepreneur. This book gives you a bit of details about personal life of an entrepreneur and professional challenges. At some places I felt author is contradicting its own statement. Though book has two authors the book is mainly about the life and challanges of Harpreet Singh Grover.
I find it really hard to conclude my idea about this book. It gives you a bit of everything about entrepreneur's life but that is not sufficient.

Everything about the company and startup can be understood very simply with it. Great Business Book with real experience.

Every employee in India wakes up with a wish to start their own startup but due to some big startup companies in the world, they take a step back but with this book they can really get a spark and courage to move ahead in life and start their own company and help India grow. Amazing book and the story of Indian startup.