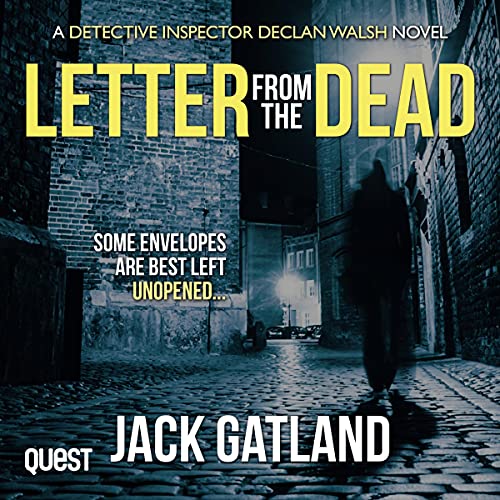 Letter from the Dead

The debut book in a new series of procedural crime thrillers featuring DI Walsh and the team of the Last Chance Saloon. Letter from the Dead is perfect for fans of L.J Ross, Ian Rankin and Ann Cleeves.

When Victoria Davies was pushed off her stately home's roof in 2001, all evidence pointed to her husband, Michael. But now, 20 years later, a letter has appeared, written by Victoria before her death; a letter that was never received and a letter that brings new suspects into the fray - three Labour MPs. Detective Inspector Declan Walsh, saved from permanent suspension for punching a priest on live TV and newly transferred to the Temple Inn 'Last Chance Saloon' Crime Unit, must navigate a minefield filled with political intrigue, adulterous affairs, social activist aristocrats and brutal, bloody murder.

What listeners say about Letter from the Dead

A thrilling, page turning and clever read. Great characters and superbly paced story. A real master of writing action and suspense. Can’t wait to find out what waits for Declan Walsh and his team next in the saga. The narator really brings each character to life.

Everything about this book was enjoyable, Ribin Laing is a wonderful narrator. I hope there are more coming