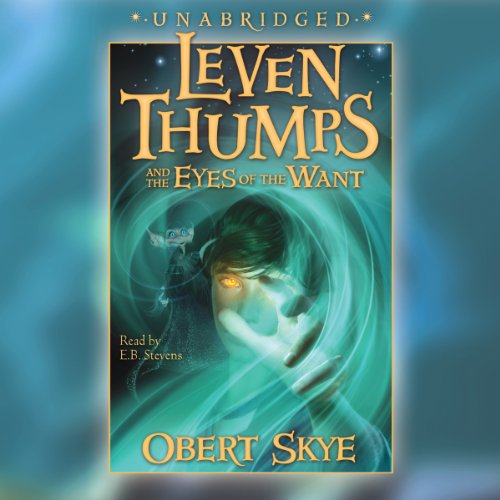 Foo - the place between the possible and the impossible - is a realm inside the minds of each of us that allows mankind the power to hope and imagine and dream. The powerfully gifted Leven Thumps, once an ordinary fourteen-year-old boy from Oklahoma, has been retrieved from Reality and sent to stop those in Foo who are nurturing dark dreams and plan to invade and rule Reality. At the end of book two, with the help of Leven, Geth was restored from a toothpick to his former self, a great lithen who travels by fate. Winter suffered the loss of her gift - the power to freeze things. Will her new vulnerability be too much to bear? Leven was attacked by the Whispered Secret, and now the Secret has escaped, ready to tell the whole of Foo how sycophants die. Will Leven find Clover before it's too late? Hold on to your popcorn! In book three, the war to unite Foo and Reality has begun. Not only must Leven race across Foo to stop the Secret before the deadly truth is revealed, he must travel to the island of Lith, the home of the Want - the manic dreammaster who can give Leven the gifts he needs against a foreboding army of rants and other Foo beings. If you are willing and have the courage, you're invited for the next adventure in book three, Leven Thumps and the Eyes of the Want. Travel to Sycophant Run, survive the Lime Sea, and discover a new gateway to Foo and a threat beneath the soil. The fooseeable adventure will keep Foo fans captivated and wanting more!

"Splendidly unpredicatable plot twists . . . culminating in a literally explosive climax." ( Kirkus Reviews)
"Foo is a fantastic place to visit. . . . Obert Skye has a true talent for creating the mystical and drawing readers in to his world." (BookReview.com)

Obert Skye has one of the best descriptional talents ever! He is great at helping you see his story. Absolutely loved!!!

Occasionally it seemed to glitch but it didn't take away from the story at all. Great Book

All ages will enjoy this book