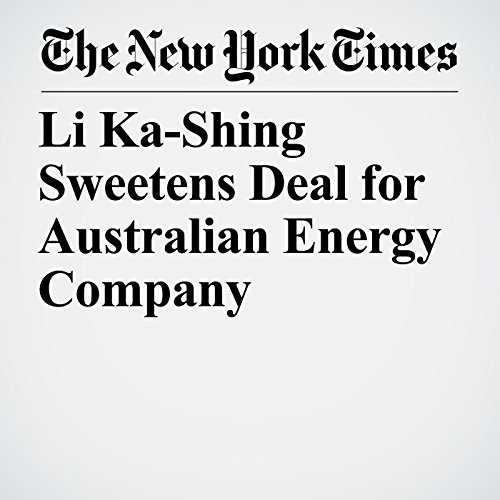 The offer, valued at 3.03 Australian dollars per share, including a special dividend, was a step up from the 3 dollars Li’s companies had bid in December. It also won unanimous support from Duet’s board of directors, who described it in a statement as “fair and reasonable and in the best interests of Duet security holders.”

"Li Ka-Shing Sweetens Deal for Australian Energy Company" is from the January 16, 2017 Business section of The New York Times. It was written by Neil Gough and narrated by Keith Sellon-Wright.