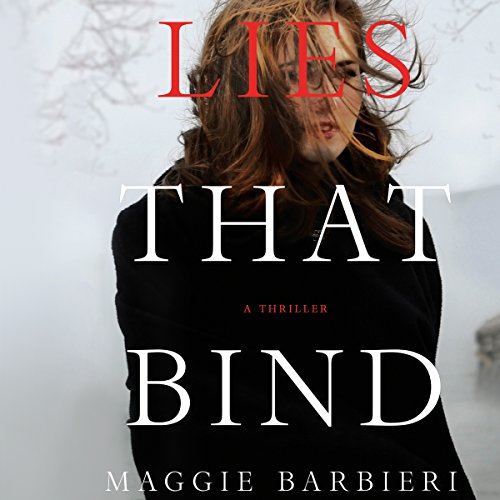 In the acclaimed Once Upon a Lie, Maggie Barbieri introduced Maeve Conlon, a single mother and bakery owner hiding dark secrets behind her cookie-cutter suburban life. Now, Maeve's moving on with everyday life when the unthinkable happens: her father dies of a massive heart attack. Maeve's mother died when Maeve was very young, and growing up, it was always just her and her father. But on the day of his funeral, Maeve learns a shocking secret. She might have a sister she's never met. Maeve knows her father would never have kept something like that from her…Unless he thought he had to.

Meantime, someone keeps sneaking around Maeve's bakery. At first the signs are subtle, but then it becomes vandalism, and then it grows even more frightening. Could it be related to Maeve's search for her missing sister? Maeve soon decides it's time to take matters into her own capable hands. But administering her personal brand of justice is a dangerous undertaking, and between the ever-watchful eyes of her family and the lingering attention she's attracted from local police, Maeve will be forced to decide just how much she's willing to risk in the name of justice. Cover design by Olga Grlic.

What listeners say about Lies That Bind

This is a multilayered story about dark themes. Maggie Barbieri created an intelligent and slightly disturbed character in Meave Conlon. The story did drag a bit but I was hooked on the characters and solving the mystery so I settled in for a slow pace. I truly enjoyed this book and can't wait for the next in the series.

Not At All What I Expected.

Have read all of Maggie Barbieri's books and listened to the first book in this series. This is a very dark and sad book.