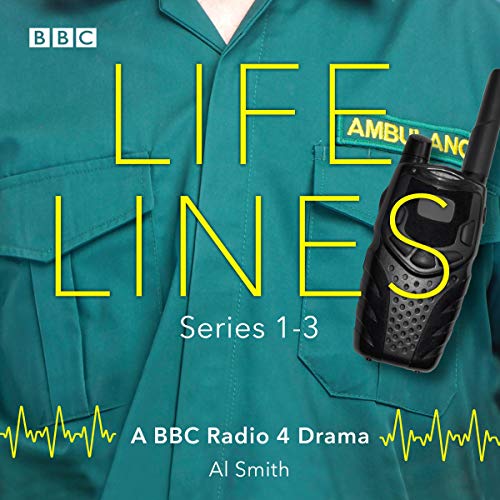 All three series of the award-winning drama that goes behind the scenes in an ambulance control room.

Carrie is an ambulance call handler whose own life is fast becoming as much of an emergency as the calls she takes. Working gruelling 12-hour shifts, she never knows what the next call will be or the effect it might have on her. Some are a matter of life or death, others emergencies only in the minds of the callers - and sometimes you have to listen hard to find out exactly what's going on. And since precious resources can’t be in two places at once, how can you help everyone in need?

In these three series, Carrie faces a series of heart-stopping emergencies at work, from a man intent on taking his own life to a young boy trapped on a railway line. With the ambulance service stretched to breaking point, she must be increasingly creative when it comes to responding to calls - even enlisting the help of a local taxi driver to serve as an emergency midwife.

But the intensity of the job and the relentless pressure are taking their toll. As Carrie’s personal life spirals out of control, she becomes terrified that she is failing as a mother and starts to reconsider her future...

Created by acclaimed dramatist Al Smith and starring Sarah Ridgeway as Carrie, Life Lines has won a clutch of awards, including the Gold Award for Best Fictional Storytelling at the 2017 Radio Academy Awards and Best Series at the 2017 BBC Audio Drama Awards. This collection brings all three gripping series of this extraordinary drama together on audio for the first time.

What listeners say about Life Lines