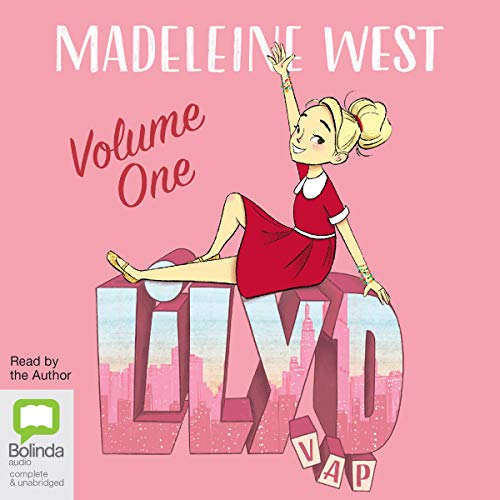 Lily D is full of beans - which is good news because she is very busy! She does ballet on Mondays, tap on Tuesdays, acrobatics on Wednesdays, singing on Thursdays, and drama on Fridays. Drama is her favourite! It’s Lily’s dream to become a performance artiste when she grows up. Lily D thinks of herself as a VAP (a Very Amazing Performer). But Lily is no child star; she understands that success requires hard work and respect, neither of which can be achieved overnight.

In each audiobook in the series Lily ‘goes method’ to inhabit a theatrical character and learns something about the lives of others and her own along the way.

'Orphan Annie': Orphan Annie, from the musical Annie, has a hard-knock life. Fact! So when Lily D trains for the role of Orphan Annie, she insists on doing everything for herself. She makes a pillowcase dress, trades her favourite glittery pencil, does really hard chores and sleeps out in her tent. But will all her efforts to walk in Orphan Annie's shoes really help Lily D to understand what it is like to be all alone in the world, with only hope to hold on to?

'Lost Dorothy': Lost Dorothy, from the musical The Wizard of Oz, is out of her comfort zone in Oz. Fact! So when Lily D trains for the role of Lost Dorothy, she goes out of her way to experience new things. She gets lost on the way to school, plays a new sport, goes on an epic quest and even makes a new best friend! But will all her efforts to walk in Lost Dorothy's shoes really help Lily D to understand that there is no place like home?

'Little Princess Snow-Bean': Into the Woods is one seriously mixed-up fairy-tale musical. Fact! So, this is one seriously mixed-up Lily D tale! For starters, Lily D is not excited about the musical. No way! And then she chooses to play a totally made-up character! So weird! But it is when the doctor reports Lily D's tonsillitis is back again that things turn totally upside down. Everyone around Lily D seems to be performing fairy-tale characters! Spooky and cool! All of this makes Lily D wonder, can fairy tales really help her to be brave?