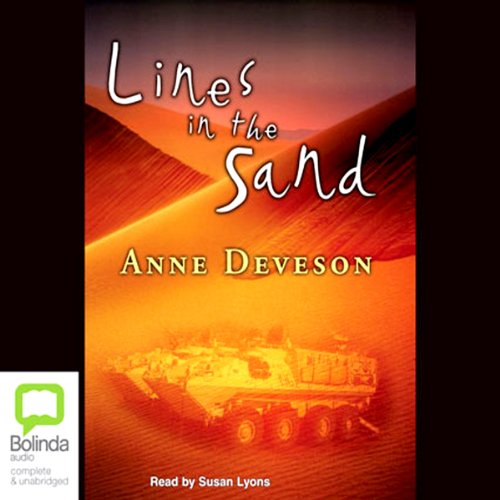 Lines in the Sand

In 1975, at the age of 20, Hannah Coady thinks she can change the world. Fiery and idealistic, she proves her mettle as a journalist in the terrible famine in Ethiopia, and is changed forever by the experience. But it's not just the starvation and the politics that change her, it's the beginning of a great love for two remarkable men: Waldo, a cynical but endearing British filmmaker, and Ezekiel, a Rwandan radical whose fervour is a match for Hannah's own.

Over the decades Hannah's commitment is frequently tested in the international disaster zones she covers. Her connections with Waldo and Ezekiel ebb and flow, until 1994, in the aftermath of genocide in Rwanda, the unthinkable happens.

What listeners say about Lines in the Sand