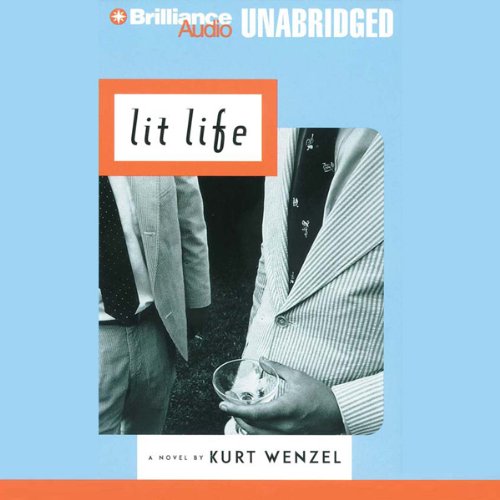 Kurt Wenzel’s savvy novel, Lit Life, is a wickedly funny and provocative debut about the passions and perils of the writing life.

Set in Manhattan and the Hamptons, Lit Life takes the listener on a tour through the world of two eccentric writers. Kyle Clayton, a 'once hot, now not' young author/provocateur with a serious case of writer’s block, moves through New York nightlife in an inebriated haze until he meets his literary hero, the dyspeptic and obscure novelist Richard Whitehurst, who is smitten with the notion of Kyle’s former fame. Richard is suffering his own form of breakdown as a result of years of public ambivalence toward his work and the looming collapse of his marriage. As the two writers’ lives collide, they use each other as the crutches they’ve both been seeking to survive in the world of publishing.

Supported by a cast of wonderfully drawn characters, Richard’s disillusioned wife, Meryl; his desperate-for-love, drug-addicted daughter, Kerry; the old-school agent Larry Wabzug, a friend of both writers, Kyle and Richard search for fame and credibility, not necessarily in that order, in an attempt to function in the lit life.