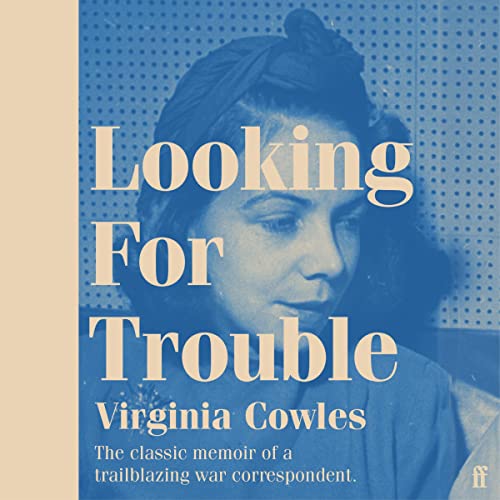 This trailblazing female war reporter's memoir is a rediscovered classic.

'I suppose this is what people call seeing history in the making.'

Madrid in the Spanish Civil War

Prague during the Munich crisis

Helsinki as the Russians attacked

Moscow betrayed by the Nazis

Paris as it fell to the Germans

London on the first day of the Blitz

Virginia Cowles has seen it all.

As a pioneering female correspondent, she reported from Europe from the 1930s into the Second World War, watching 'the lights in the death-chamber go out one by one' from the frontline - always in the right place at the right time.

Flinging off her heels under shellfire; meeting Hitler ('an inconspicuous little man') and the 'dapper' Mussolini; gossiping with Churchill by his goldfish pond or dancing in the bomb-blasted Ritz; reading The Intelligent Woman's Guide to Socialism on a Soviet train or eating reindeer with guerrilla skiers....

Cowles' incredible dispatches will make you an eyewitness to the 20th century as you have never experienced it before.

What listeners say about Looking for Trouble

Rememberance of Things Past

I am surprised that I was unaware of this memoir, especially given a cast of characters including Hemingway, Martha Gelhorn, Churchill, both Winston and Randolph, Lloyd George and countless other luminaries and celebrities of the 1930s. Ranging from civil war Spain to Germany, France, Soviet Union , Finland and England in the late 30s and early war years. Her perceptions are acute, if bourgeois tainted, however she loses perspective when it comes to England, her affection and identification leads her to an over rosy portrait. A recommended listen for anyone interested in these years.