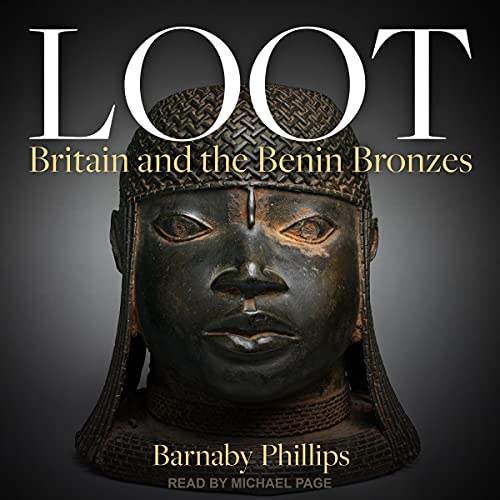 In 1897, Britain responded to the killing of a group of officials by razing an empire to the ground. The men had been travelling to the ancient Kingdom of Benin, in what is now Nigeria, when they were ambushed and killed by local soldiers. Just six weeks later, the British had exacted their revenge, set Benin aflame, exiled the king, and annexed the territory. They also made off with some of Africa's greatest works of art.

This is the story of the "Benin Bronzes", their creation, theft, and what should happen to them now. When first exhibited in London, they caused a sensation and helped reshape European attitudes toward Africa, challenging the prevailing view of the continent as "backward" and without culture. But seeing them in the British Museum today is, in the words of one Benin City artist, like "visiting relatives behind bars". In a time of fevered debate about the legacies of empire, loot, museums, and history, what does the future hold for the Bronzes themselves?

What listeners say about Loot

Barnaby Phillips did a fantastic job with this report in my opinion. I must admit I was a little sceptical when I picked up the book.

If I want to read about the sacking of Benin, why read about it from a Caucasian I thought, I couldn't have been more wrong.

I was well impressed, it looks to me like a balanced presentation of events surrounding both the actions of the British and Benin people in those dark days of 1897.

The books also elaborated on the dilemma of how to deal with the looted heritage in today's world. If only there was a simplistic answer.

An incredible amount of work has gone into this book, particularly with interviews from a broad and diverse cast of people from every part of the story of the Benin bronzes.

The result is a definitive and balanced account of these artefacts' history and cultural importance.

This is essential for the discussion towards the end of the book about what actions are required now to ensure that this irreplaceable heritage is kept and displayed in a way that respects those who crafted the bronzes and their descendants, enables current and future generations to experience the artworks, and goes some way towards atoning for a small part of the crimes of colonial powers.