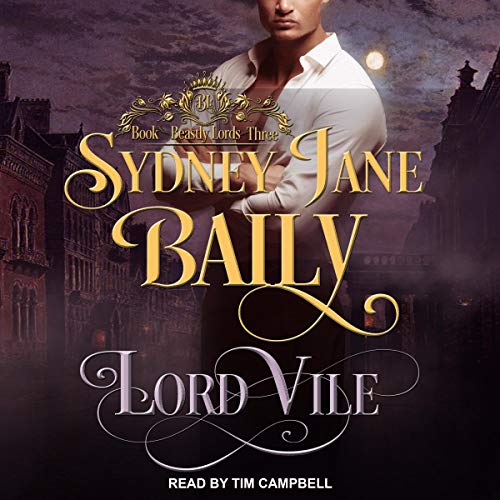 Lord Michael Alder has always behaved himself, enjoyed the London social Season, and even became engaged in his quiet, unassuming way. Then, treachery shatters his gentlemanly character. So be it...if the bon ton thinks him a rogue, he may as well shed the burdensome, boring veneer of decency and decorum.

Worshiping him from afar, Ada Kathryn is thrilled to encounter the dash-fire viscount in the darkened garden. Minutes later, her innocence in tatters, she waits for the noble Lord Alder to do the honorable thing. Instead, she watches as the most vile lord in London saunters away.

Drinking and carousing with the lowliest wenches to the highest aristocrats, Alder greets each day with a throbbing head, a sour stomach, and an even sourer disposition. Until a desirable new lady arrives in London, a polished stranger, not a hint of vengeance. If Lord Vile thought he understood betrayal and heartache, he hasn't seen anything yet....

What listeners say about Lord Vile

The heroine had a lurid meeting one night at a ball with our anti-hero and was left pregnant. She had her baby secretly and made her fortune, secretly as well, dealing in the stock exchange. She moved to London near her villain (Lord Vile) to exact her revenge. Love him and break his heart, then ruin him financially. Posing as a widow with a young child, she set out to seduce him. This is where the story goes wrong. The heroine is so prickly and abrasive to our anti-hero, I found myself sticking up for Lord Vile and reasoning that, when it came down to it, they were both adults and they both consented. She never approached him with the fact that she was pregnant with his baby to find out what he would do about it. After every abominable harridan episode, she would lament that she had ruined her plans and "why would he ever come back?" I agreed with her. But, he always did. This behavior did not fit his personality that was at first portrayed, so he seemed a bit bipolar. A little tough to get to the happy ending.