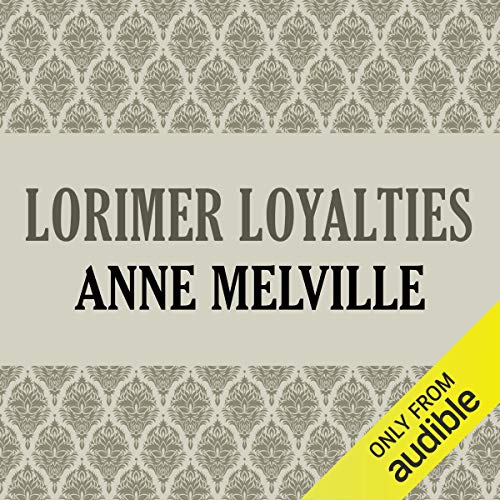 Volume Six of the dramatic saga of The Lorimer Family. Unknown to each other, the Lorimer cousins share a history....

Paula Mattison, unaware of her Lorimer connections, arrives from Jamaica, determined to make her mark in a country where she is now a foreigner. Meanwhile John Lorimer, deceived by his mother as a child, refuses to recognise his Lorimer relations and basks in spectacular business success. Only Sir Bernard Lorimer is secure and established in his inherited fortune and baronetcy. He devotes his time to scientific research and to the domestic pleasures of a happy marriage.

But three women, Angela, Gitta, and Isabel, will utterly transform the fortunes of the remaining Lorimers. And by the intervention of strangers the scattered cousins will come to recognise their common bond. Lorimer Loyalties is the sixth and concluding novel in the engrossing series which chronicles the lives and fortunes of the Lorimer family from the 1870s to the 1940s.

Born in Harrow, Anne Melville was the daughter of the author and lecturer Bernard Newman and the widow of Jeremy Potter, novelist and historian. She was a scholar at St. Hugh's, where she read modern history. She died in 1998.