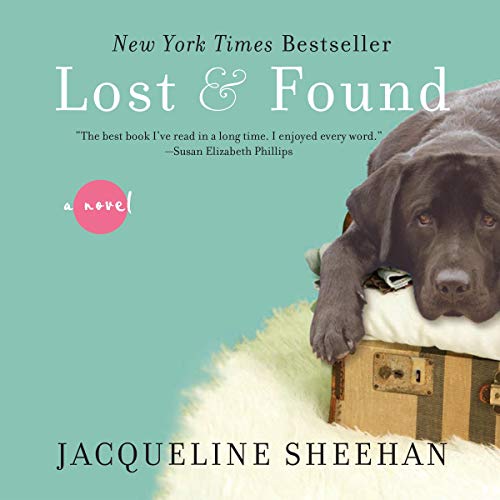 Rocky’s husband Bob was just 42 when she discovered him lying cold and lifeless on the bathroom floor… and Rocky’s world changed forever. Quitting her job, chopping off all her hair, she leaves Massachusetts – reinventing her past and taking a job as Animal Control Warden on Peak’s Island, a tiny speck off the coast of Maine and a million miles away from everything she’s lost. She leaves her career as a psychologist behind, only to find friendship with a woman whose brain misfires in the most wonderful way and a young girl who is trying to disappear. Rocky, a quirky and fallible character, discovers the healing process to be agonizingly slow.

But then she meets Lloyd.

A large black Labrador retriever, Lloyd enters Rocky’s world with a primitive arrow sticking out of his shoulder. And so begins a remarkable friendship between a wounded woman and a wounded, lovable beast. As the unraveling mystery of Lloyd’s accident and missing owner leads Rocky to an archery instructor who draws her in even as she finds every reason to mistrust him, she discovers the life-altering revelation that grief can be transformed… and joy does exist in unexpected places.

What would have made Lost & Found better?

another narrator, a better plot

What could Jacqueline Sheehan have done to make this a more enjoyable book for you?

There was no element of surprise.

Who would you have cast as narrator instead of Sandra Burr?

If you could play editor, what scene or scenes would you have cut from Lost & Found?

I wish I didn't waste a credit on this book

The emotional tone of the story was just too overblown. Maybe I am just cold-hearted, but the emotions seemed more like those of a teenage girl than a thirty-eight year old woman. I wish that the relationship with the anorexic teenager had been explored more fully, because that interested me. The kinesthete- meh. If I hadn’t been reading it for book club I would have returned it.

This is a great read. Show just how loyal our furry friend are. Thank you for sharing from the dogs point of view. Makes you stop and think about their thought process.

For the love of dog and human.

A marvelous story of a dog who helps his people heal. Rocky’s pain and grief lead to her running away to Peaks Island, Maine where she takes a job as an animal control officer. When she’s responds to a call of a sick dog she finds an injured black Labrador. His path to healing becomes her way back to feeling and renewal.

The narrator is exceptionally brilliant and I will probably listen to this one again. Highly recommended.

This was read to slow. I listened to this at 1.5 speed. Great story for people who love dogs.

The suspenseful story will hold you through the last page. The characters are all unique

Liked the mix of personalities

Good story .. Liked the mix of personalities in the story.. Including the dogs. Have had one or two good ones
They all have personalities !! A break from some of the harsher themed books I've chosen/encountered in my audible journey .. Narrating seemed a little too dramatic (urgent) throughout all the book.. Maybe just a little less drama in some places would give the story even more depth..would recommend it

Good book. A realistic portrayal of devastation of grief and the slow healing that comes when one allows oneself to experience it. A good portrayal of anorexia. Appreciated the thought process involved in that disease. And of course it was a good dog story.

A reasonable story line gone bad. The dramatic storyline is dull and is hampered by narration that sounds like the person has their finger under every word said. Pass on this one.

Being a widow myself at a young age I was very surprised at the many similarities Rocky and I shared after the death of our husbands. Either the author has suffered the loss of a spouse or did some very good research with other widows. It was very uncanny to listen to experiences that I thought only I endured after the loss of my husband. Very insightful.

I would wait until it came out on DVD

While the storyline and performance was "OK" I couldn't help from liking this book and hoping that Rocky would cross that bridge of grief and begin new adventures. What better way than with the love of a dog. I know, I now have three wonderful four legged companions!