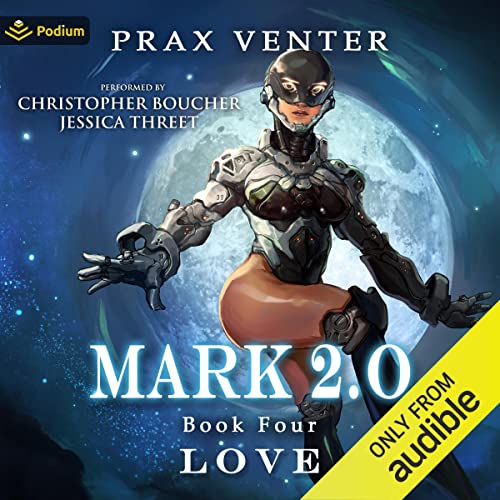 It all started when one man’s virtual assistant downloaded a sex game free trial - and dismembered the administrative "Helper Fairy" for some surprise alone time with her primary user.

It continued when a powerful research AI acquired what was left of the game’s admin and locked her shattered mind in a small box for the equivalent of eternity. Eventually, the assistant and the research AI realized the horror they had committed thanks to the patience and love of a human mind. But by then, it was too late. They had all been trapped within the admin’s sprawling world without high-level access. With no jailer, the system administrator clawed her ruined mind from the maddening loneliness of her cage.

What remains of the admin now stalks her game world, her black antennae touching the sky and her sharp heels crushing the land as she hunts those who hurt her. Blinded by rage and seeking justice at any cost, the Helper Fairy intends to erase an entire multiverse of conscious innocents. The copied memories of one human must rally whole nations, bitter enemies, and even the digital gods themselves to stop the system admin from erasing every soul in a living world grown solely for him.

What listeners say about Love

I am not happy about the change in voice actors.

After three books in this series and four more in the original the change in actors is unexpected, and not welcome. The pacing and voices characterizations used don't work with the story so far. The change in the pacing of the narration completely changes the tone and feel of the book. The voices are horrible, just simply... not well done representations of the books characters.

Not what I was expecting. Not at all. It is a bit jarring to have new interpretations of the characters read by actors who changed the overall pacing of tune story and characterization. Christopher Boucher and Jessica Threet kinda ruined this book for me, even though I normally enjoy those voice actors... I mean I get that stuff happens, businesses need to make decisions to change or remove human resources, and actors need to make changes based on their personal career goals and life events. And I hope Christian Fox is well, not sick or dealing with issues that will prevent him from acting again. But to spring this stuff on a fan...

I really, really hated the new voice characterizations especially Sasha and Abby. How the flick did Sasha turn into a Bronx girl, where in the story does it give that impression? The essential representation of Sasha is of a seductrice not flickin' comic relief. when you start throwing over the top regional American accents into a story you do so for their comedic or dramatic effect. The Bronx girl accent makes her sound like an idiot. The voices are massive mismatches in their characters from the book.

I waited a long time for this audiobook, preordered it when it was available and was really looking forward to this.

I honestly would not recommend buying this audio presentation. Buy the print edition to finish the series and ditch this butchering of the audio story.

I loved every other book in this series, but……

The BAD performance of the narrator ruined this book. I couldn’t get all the way through it. I have listened to all the other books in this series twice, but I couldn’t make it through this one, despite coming back to it several times.

The reading RUINED THE BOOK!

Sad to see it end…

But oh, so happy I got to experience such an amazing story and characters from The Crystal Heart to now. These are the kinds of stories and characters that you fall in love with and want to visit over and over again. (The sex doesn’t hurt either *wink*)

First things first I did not hate the new narrators in fact I am a fan of them both and I’ve listen to several books with them as narrator’s. Excellent job by them however, I definitely miss Christian Fox!

Now that, that’s out-of-the-way. What an amazing journey! I never would’ve thought that over a year ago I would now be a hard core fan of the harem genre; but that fateful night when I stumbled upon Enthralled: book one The crystal heart by Prax Venter changed my course. I never would have guessed that I would find myself, in fact enthralled. If you have made it this far you do not need a synopsis you do not need me to tell you the story of Mark and Mark, however I implore anyone who is thinking about starting this story or Questioning if you should finish this narrative because the narrators have changed please do not give up! you have come this far, and you have invested in something that has changed you. It was worth it. And I didn’t cry because the story was sad, I cried because it was the end. And it was handled masterfully by the author.

Reminder the story is for adults, recommended for 18 and over. Thank you Prax 😢🥰🙏🏾

After a few books of a singular narrator, I was skeptical of the new narrators. I must say, these two knocked it out of the park.

This series is fantastic

I love this series, have listened and read each one from the first Enthralled. This is a fantastic adventure that I personally have loved since the beginning.