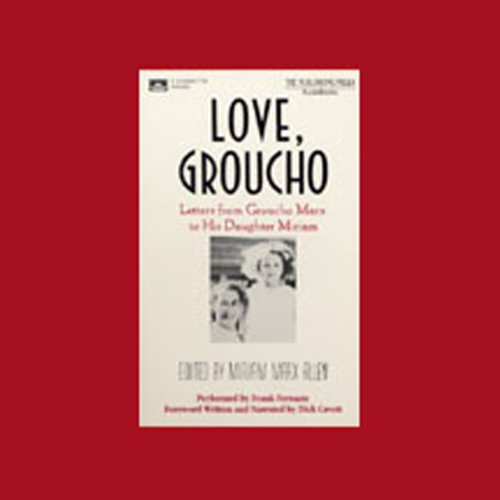 Having saved virtually every letter her father wrote to her between the years 1938, when she was 11 years old, and 1967, Miriam Marx' letters from her famous father Groucho show an extraordinary father-daughter relationship.

The ups and downs of Groucho's film, radio and television careers, two divorces and two remarriages, and Miriam's often tumultuous young adulthood reveal many facets of a man many know only through his film roles and as the quipping quizmaster of You Bet Your Life.

Groucho is revealed as a man deeply concerned with holding his family together and as a sometimes firm, always loving father who never hesitated to say exactly what he thought.

Featuring a forward written and narrated by Dick Cavett.

very. sad story behind the comic genius was a man who struggled with multiple marriages but tried desperately to bring up his children with mixed success